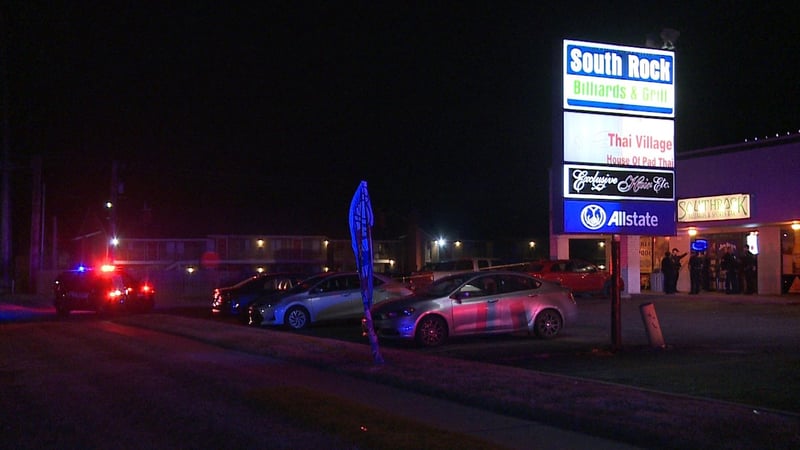 Wichita police say a 51-year-old man was shot and killed while in his vehicle outside a pool hall on the southeast side.

Officers responded at around 6:45 p.m. Sunday to a report of gunfire near Pawnee and Rock Road. They arrived at SouthRock Billiards and Sports Bar to find James Storey dead in a vehicle.

Capt. Brent Allred said the investigation revealed that Storey had been inside the business for several hours and went to leave. A Dodge Ram pickup that had been parked next to Storey's had previously left but returned, and someone inside fired into the passenger side of Storey's vehicle, striking him multiple times.

The incident is not believed to be gang-related or random. No arrests have been made.

Storey's death was Wichita's 26th criminal homicide of the year.