He was shot 5 times at the El Paso Walmart and spent 2 months at hospitals. This is his fight to get back his life 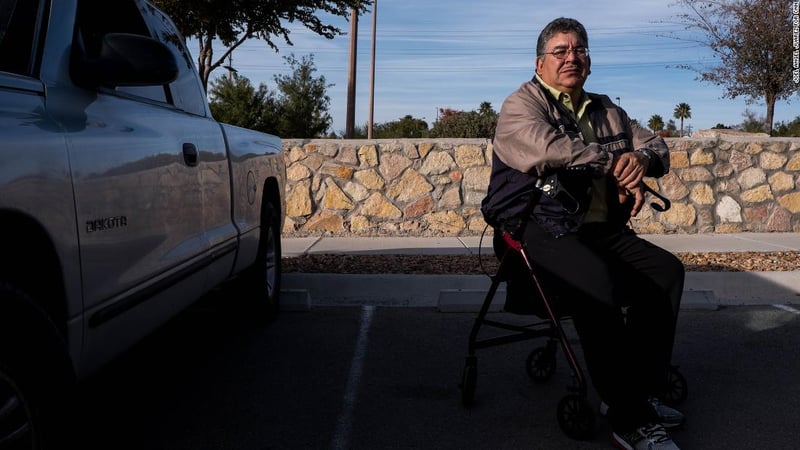 Luis Calvillo was so eager to see his girls running and chasing soccer balls that when he came home after being hospitalized for months, he just took a shower and got in the car again.

But at the soccer practice, the head coach of the El Paso Fusion Soccer Club was moving slowly and he limped.

"It's very frustrating. I want to do things that I can't, that I need to ask for help, that I need to have somebody help me," Calvillo said. "It's hard, but I need to learn that I'm not alone (and) that people are there for me."

The coach and the team's parents were holding a fundraiser in front of the Walmart near Cielo Vista Mall when a gunman opened fire on August 3, killing 22 people.

The girls, ages 10 to 11, were wearing their light blue jerseys and dark shorts, and were standing at the store's grocery entrance holding signs for aguas frescas and chicharrones (pork rinds).

"I remember hearing the shots on Walmart and just thinking to myself, 'God, please don't let anything happen to the girls'," said Calvillo, who was a few yards away at the fundraiser table.

While the girls were not wounded, Calvillo was shot five times. He also lost his dad, Jorge Calvillo Garcia, who died before help could arrive.

It's been three months since the gunman, targeting Mexicans and Mexican-Americans, shattered the well-being of this community. Dozens of survivors are fighting to get their lives back. While they slowly recover from severe physical injuries, many still see the bloodshed in the form of vivid nightmares. They struggle financially because they can't return to work just yet.

"I jump when I hear loud noises and I can't sleep because of the nightmares," said another survivor, Arnulfo Rascon. "Sometimes it's like I'm living it all over again and other days I dream that someone is chasing me. There's always a McDonald's or a Walmart."

About 400 people are currently seeking aid from One Fund El Paso, the victim's relief group handling the more than $6 million raised by the community for victims of the shooting, said coordinator Stephanie Karr. The applicants include family members of those who were killed, people who received hospital or outpatient medical care, and those who need mental health services.

But estimates indicate that hundreds more could have been shopping at the Cielo Vista area Walmart that morning, officials said.

Veronica Carbajal, an attorney at Texas Rio Grande Legal Aid, said there's different types of aid for victims to cover anything from housing to medical bills.

And those who apply for assistance in many cases found themselves struggling because some programs don't pay out right away. "Unfortunately, the world didn't stop on August 3rd for them," Carbajal said. "They are dealing with physical pain and mental pain, but the bills are still due."

Rascon, 56, severely injured his knee when he ducked to the ground to avoid the gunfire. The kitchen cabinet salesman had a knee replacement and hasn't been able to return to work.

"My savings are running out," Rascon said. "Everybody promises aid, but you don't see much of it when you actually need it."