Jimmy Carter 'up and walking' after brain surgery 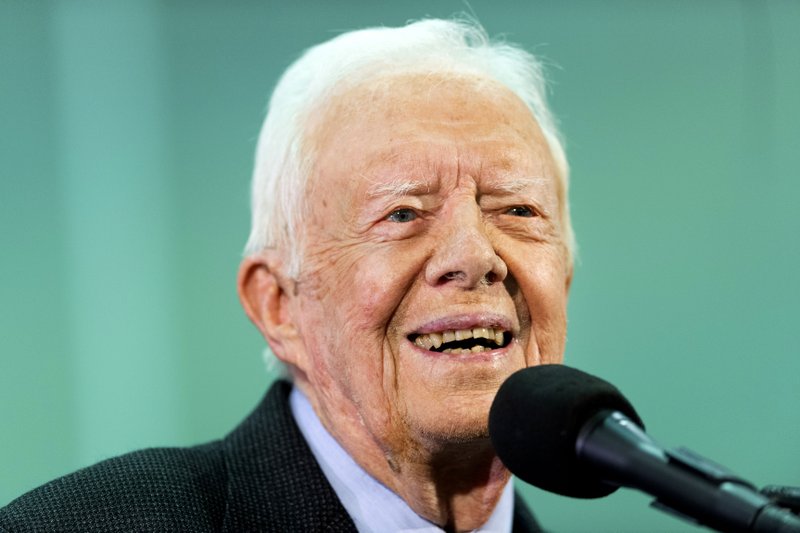 Former President Jimmy Carter is "up and walking" after undergoing an operation Tuesday to relieve pressure on his brain, a family pastor said on Wednesday.

The Rev. Tony Lowden, pastor of Maranatha Baptist Church, Carter's church in Plains, Georgia, told CNN in a phone interview that he had called Carter's staff to inquire about his health and asked if he was able to visit the former president. He said they agreed to let him meet with Carter, who is hospitalized at Emory University Hospital in Atlanta.

Lowden said he will meet with Carter later Wednesday.

Carter, 95, was admitted to the hospital Monday night ahead of a procedure to relieve the pressure from a subdural hematoma, the Carter Center said. He will remain in the hospital for observation as long as is advisable, the center said.

He was hospitalized twice last month for two falls in his home in Plains. He received 14 stitches above his brow after his first fall, which happened while he was getting ready for church. He was admitted to the hospital and treated for a minor pelvic fracture after his second fall. He is also a survivor of brain and liver cancer.

When Carter celebrated his 95th birthday on October 1, he became the oldest living former US president, a title once held by George H.W. Bush, who died in late 2018 at age 94.

During a Thanksgiving service at the church Tuesday night, Lowden asked for prayers for Carter and his family. Everyone, he said at the time, was worried about Carter.

"They are worried about his legacy because he is their voice, especially for those that are struggling," Lowden said.