A 13-year-old boy hailed as a hero in the wake of last week's deadly ambush in Mexico is speaking out for the first time about the horrors he witnessed that day.

Devin Langford said the last thing his mother said to him before she was fatally shot was "get down right now."

His mother, Dawna Langford, and his younger brothers, Trevor, 11, and Rogan, 2, were among the nine women and children killed in the gruesome Nov. 4 attack.

"They just started hitting [the] car first, like with a bunch, a bunch of bullets. Just start shooting rapidly at us," he said. "The car didn't work. So she was just trying right there, starting the car as much as she could, but I'm pretty sure they shot something so the car wouldn't even start."

"Afterward, they got us out of the car, and they just got us on the floor and then they drove off," he added. 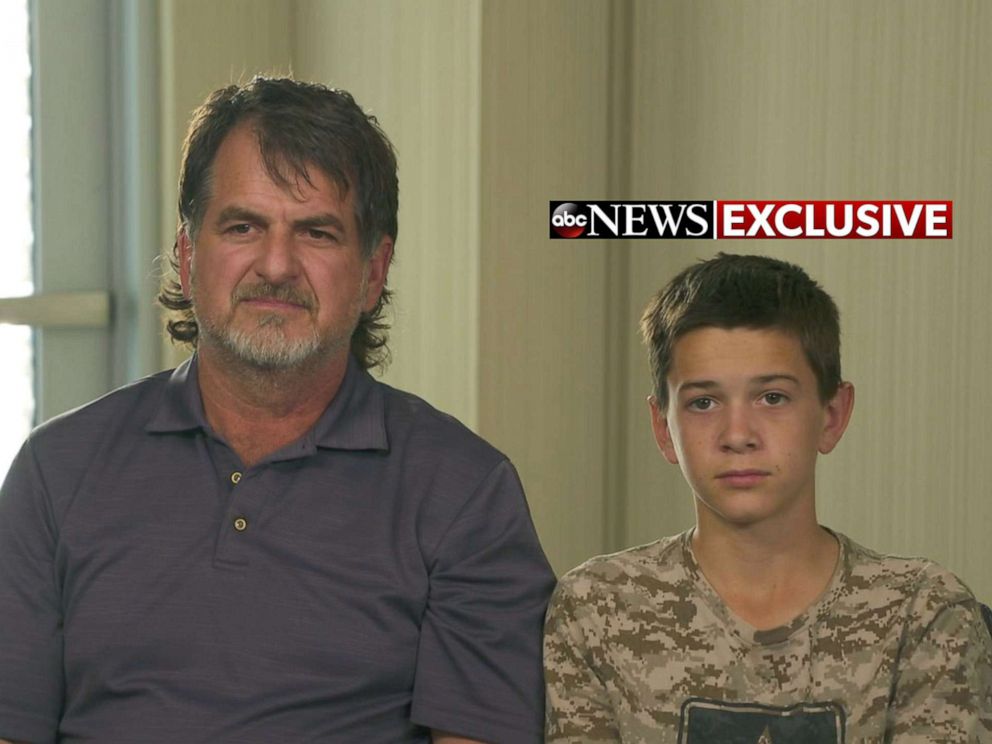 Devin, who was unharmed in the attack, walked about 14 miles seeking help after hiding his injured siblings in the bushes and covering them with branches. He said the shooters had long guns and he feared for his life the entire time.

(MORE: American father speaks out for the 1st time since deadly Mexican ambush)

As he made the trek for help, he said he wondered "if there was anybody else out there trying to shoot me or following me" and he thought about "my mom and my two brothers that died."

The family was ambushed by a heavily armed group while traveling from the town of Bavispe in Sonora state to Galeana in Chihuahua state between 9:30 a.m. and 1 p.m. local time, according to Mexican authorities. The family members were U.S. citizens but lived in a Mormon community, called La Mora, in the Mexican border state of Sonora.

The area where the attack took place -- less than 100 miles from the Arizona border -- is of territorial dispute by several cartels, and it's possible the family's convoy of cars was mistaken for one of them, authorities said.

Speaking in an emotional interview beside his father, David Langford, Devin said he prayed over and over for his family to pull through. 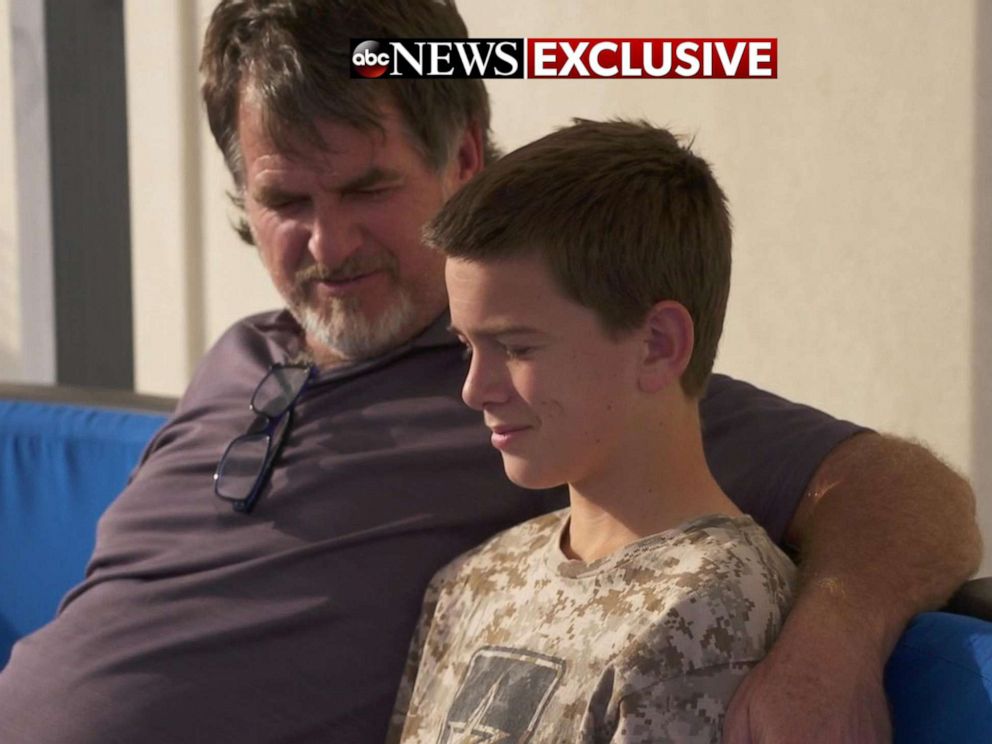 He said the other children tried to flee as well, but most of them -- including his sister, Kylie, who was shot in the foot and his baby brother, Brixon, who was hit in the chest -- were too injured to travel.

"We walked a little while until we couldn't carry them no more. And so we put them in the bushes so they wouldn't get hit or nothing. So I started walking," Devin said. "Every one of them were bleeding really bad. So I was trying to get in a rush to get there."

(MORE: Horrific details emerge in killing of 9 US citizens, including 6 children, in ambush in Mexico)

Devin said he doesn't feel like a hero, but his father said there's no doubt in his mind that his son saved lives.

"To be honest with you, my boy's a hero simply because he gave his life for his brothers and sisters," he added.

Langford said more evidence is showing the killers were cartel hit men -- a belief that has shaken Mexico's Mormon community. 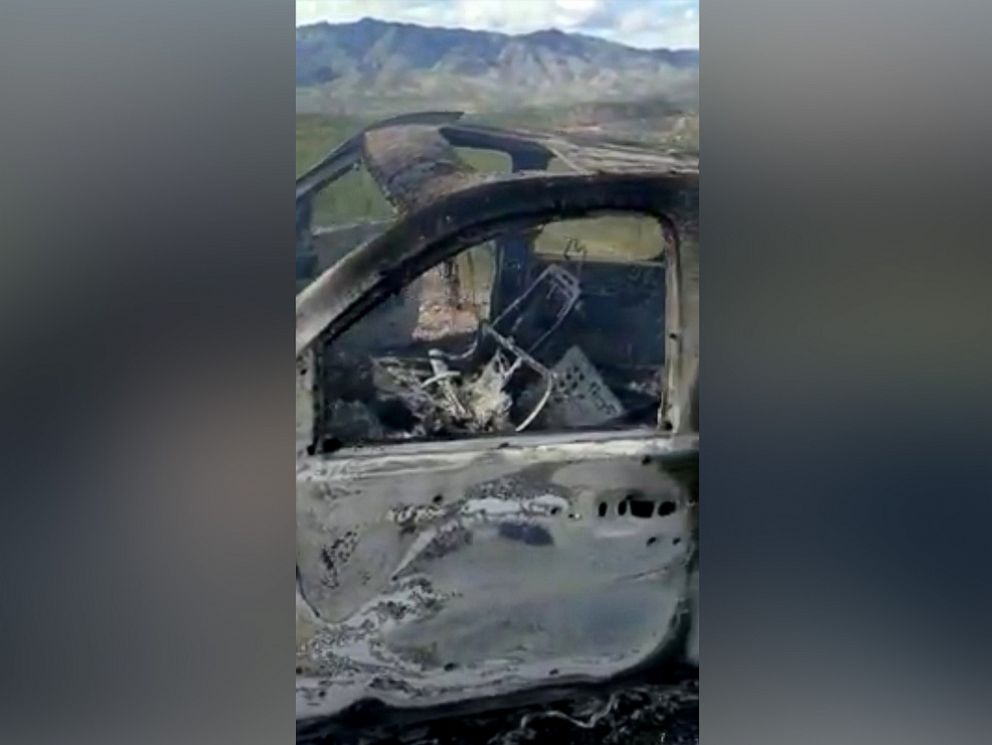 Images obtained from a video posted to social media show one of the vehicles attacked by an armed group in which several members of a U.S. family were traveling, in Bavispe, Mexico, Nov. 4, 2019.more +

That's why Langford, and much of his extended family, said they're leaving northwest Mexico. They're part of a fundamentalist Mormon group that has lived in this area for decades before the drug cartels took over and the violence became inescapable.

"It's not worth living in fear," he said. "The toughest part for me was saying goodbye … saying goodbye to two innocent lives that were cut short and a vibrant wife that lived a life to its fullest that had many friends and was loved by everybody."

(MORE: Funerals set to begin for 9 members of American family slain in Mexico)

As for Devin, he said he's focusing on helping his siblings heal and keeping his mother's memory alive.

"She was a nice person and a brave woman that tried to save her kids," he said.