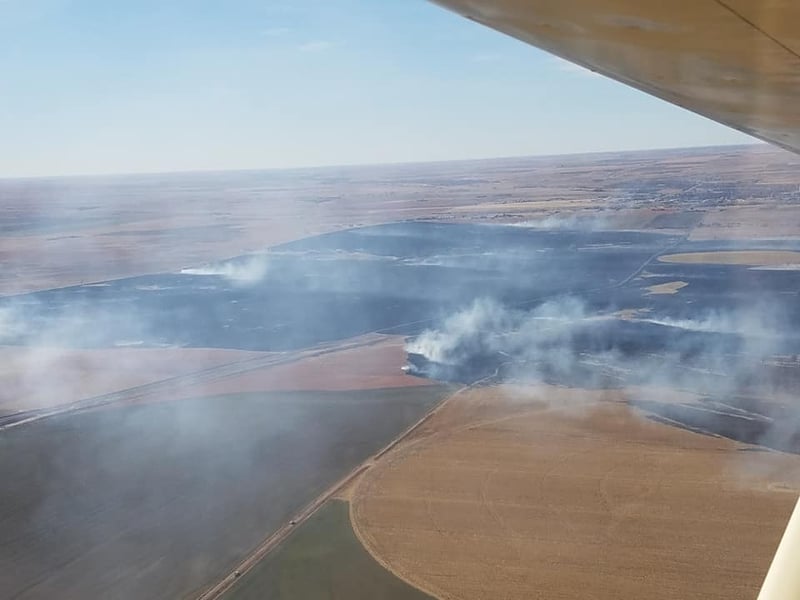 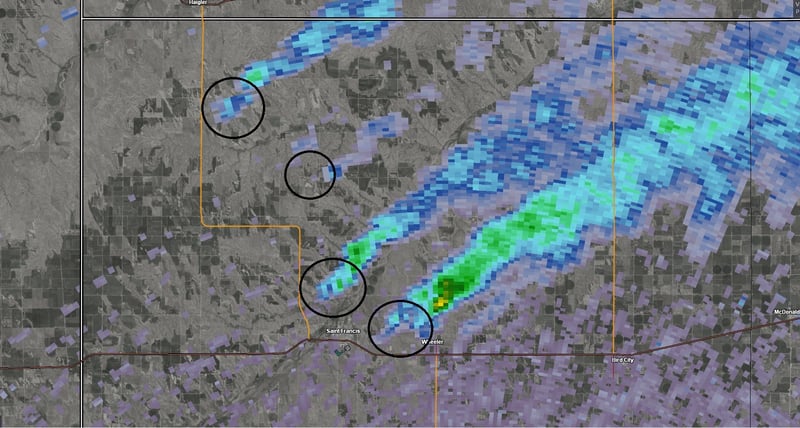 After two days of battling grass fires, Cheyenne County Emergency Management says crews have contained or controlled all the fires in the area.

The flames sparked along U.S. 36 near the City of St. Francis Saturday leading to some voluntary evacuations.  Sunday the governor issued a verbal disaster declaration for what they're calling the Cherry Creek Fire.

The Kansas National Guard sent in two Black Hawk helicopters and the Kansas Forest Service sent in an air tanker plane to help fight the flames from the air.
KAKE News Investigates first told you last September how The National Guard is employing new fire fighting techniques and equipment it spent the last two years developing and this summer perfecting to better help in situations like these.

"Each year we get a little bit better with it," Gen. Lee Tafanelli, Adjutant General with the Kansas National Guard, said then.

They've worked on everything from basic communication between the Guard units and local firefighters to how and where to get the water needed to douse the flames.

"We have two aircraft that sort of join up and then we hit the fire immediately with one bucket after another," said Chief Warrant Officer Jason Garr.  "And that immediate suppression is much greater."

They even developed new techniques to increase efficiency.  For example, after struggling sometimes while fighting the Anderson Creek and Starbuck fires in 2016 and 2017 to find a local lake or pond, they figured out how to use a portable water container, a collapsible swimming pool, to re-fill the Bambi - that giant bucket then used to carry water to the fire.

"The advantage of aerial firefighting is we can take the fight to where the trucks can't go," Garr said.  "(We) have relatively little or no restrictions on getting into certain areas."

Though they trained ground fire crews as well this summer when National Guard volunteers spent hours in Salina perfecting their new techniques, getting ready to fight a battle they haven't really faced since 2017.

"We look at this no different than we do floods, tornadoes, ice storms," Tafanelli said. It's simply part of the Guard's mission to lend aid when needed to local communities.

But, there is a fear that all the rain we've had this year, could mean a busy firefighting season next spring.

"What we all know is we've had a lot of moisture this past year which then results in more and more grass, more vegetation growing to higher heights.  Some of this is chest high," Mark Neely with the Kansas Forest Service said.  "As the grass grows higher that means longer flame lengths which means increased rate of spread. so we can expect if things stay the same more fire behavior than what we've had in the past year."