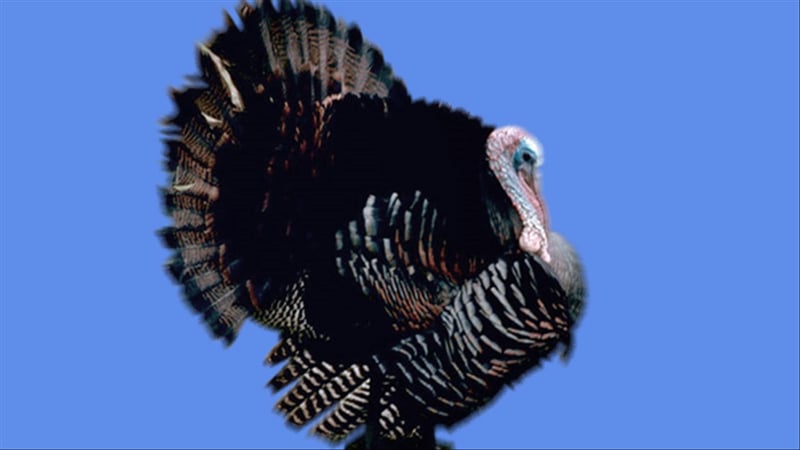 The Kansas Wildlife, Parks and Tourism Commission will vote on two recommendations this week that would restrict the turkey hunting harvest in the eastern part of the state for at least two years.

The proposals would not only reduce spring turkey tag limits to one per person, but also cancel the fall turkey season, beginning in 2020-21 for much of eastern Kansas. The commission will vote on the two measures separately during its upcoming meeting, which begins at 1:30 p.m. Nov. 14 at the William Carpenter 4-H Building in Scott City. The measures will be voted on during the evening public hearing portion of the meeting, which begins at 6:30 p.m. The commission may choose to approve one or both of the measures, or reject both.

Kent Fricke, small game coordinator for the Kansas Department of Wildlife, Parks and Tourism, decided to make the recommendation during a September meeting of the commission in Great Bend. The proposals would affect most of northeast Kansas, south-central Kansas and southeast Kansas. Other areas around Kansas would be unaffected, remaining at their regular limit of turkey tags and keeping the fall season intact.

The proposed restrictions are part of an adaptive harvest system the KDWPT uses to decide harvest allowances for each unit, with different management packages available based on hunter success rates.

“I believe there’s seven different packages that we have in this strategy,” Fricke said in an interview with The Topeka Capital-Journal. “The most liberal, for example, would be three birds in the spring and four birds in the fall. We’ve never seen that liberal of a season in Kansas, but it’s potentially in the table.

“On the conservative side of things, we would drop down to like what we have in the Southwest, where we have a limited-draw, spring-only turkey season."

Many Midwestern states are seeing decreased survey and harvest numbers over the long term — the latter of which can somewhat be attributed to lower hunter participation.

“We peaked in turkey populations in Kansas in the late 2000s, like 2008, that time period,” Fricke said. “Since then, we’ve had a decline, right? So some individual years are better than others, but in general, we’ve seen it decline since that time. What my concern is, is we don’t know where that’s going to level off. I just know that we haven’t leveled off yet.”

So what’s the cause for the decline?

“We don’t necessarily know,” Fricke said. “We think it’s some combination of weather, predators ... Overall, we have a diminishing rate of production in our turkey population, both in number of poults per hen and, because of that, overall number of poults on the landscape.”

Despite seeing a decade-long trend of declining populations, Fricke said the situation wasn’t as dire as other states in the region. Unlike 60 years ago, when the birds were being reintroduced to the state, Fricke said they wouldn’t need to be shipping in birds from other states anytime soon.

“I think that Kansas still has a relatively robust turkey population,” Fricke said. “Now there’s certainly portions of this state, particularly in the Southwest, that Unit 4, where we’ve seen a declining number of turkeys, and like in the late 2000s — where we’ve had a lot of nuisance issues because of the numbers of turkeys — where we were moving birds within the state to lower-population places like that. Because those nuisance issues have stopped, we haven’t been doing that as frequently and not at all in the last several years.

“But that said, I don’t think we’re in a place where we think that turkeys have disappeared from areas or at levels that would warrant something like that. Compared to other states to the east of us, we’re doing pretty well, but that’s part of my recommendation is staying ahead of that.”

Despite that optimistic outlook, Fricke said this year’s count of poults per adult were the lowest numbers the KDWPT has counted since the survey began in 1987. He said that it could be due to heavy flooding earlier this year.

The KDWPT implements, when hunter success rates dip below 55% for two straight seasons, that merits the move to a more conservative harvest allowance, according to Fricke.

This also means that, if passed, the decrease in tag limits likely would stay in place at least two to three years — barring a move by the KWPT Commission to ignore the adaptive harvest system and make an earlier increase.

The hunter success rate is calculated by Fricke, who randomly contacts 10% of the active hunters with turkey tags in a given unit following the season and asks them if they successfully filled their first tag. The second tag isn’t factored into the equation. He added that the state is researching a more complex model of the system that takes into account more scientific data.

Fricke said during the September meeting that, in total, about 22,000 birds were harvested this year. Fricke told commissioners an estimated 7,000 to 10,000 birds would be spared from harvest if both measures were to take effect — or about one-third — which could help with boosting low production numbers in the spring.

Commission Chairman Gerald Lauber, of Topeka, indicated during the meeting he would like to keep the fall season in place, while following through with Fricke’s other recommendation for reducing the tag numbers in the spring. He said he feared that if the fall season were to go away in certain units, it wouldn’t come back.

Lauber also proposed adding wording to the measure to revert back to the two-tag limit in the spring in a certain number of years unless the commission voted to continue with the reduced number. Fricke said he thought that would be redundant, as the commission meets every year to approve hunting regulations for turkeys. A higher hunter success rate in consecutive years also would merit a more liberal harvest allowance under the adaptive harvest system.

Lauber admitted during the meeting that the commission would likely hear some complaints from hunters if the recommendations were to pass.

Other hunters support the recommendations, saying, that the strategy will help maintain high spring hunt success.

Gib Rhodes, president of the Flint Hills chapter of the NWTF, said local hunters were likely aware of the need for the changes after having a tough time finding birds in the spring.

“I don’t know if it would be popular or not, but everyone I have visited with thinks it’s necessary, including myself,” Rhodes said. “I had heard about the recommendations from Kent Fricke and think it would be a good idea until we have a couple of springs when we don’t get so much rain and flooding. I think the local hunters would understand because we have seen the conditions. It’ll probably affect the out-of-state hunters more.”