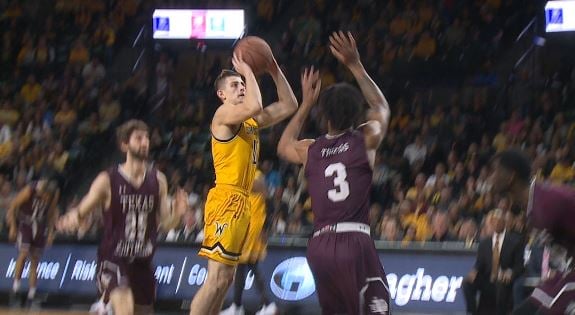 The Shockers went on a 13 minute field goal drought while only connecting on 5 shots from the floor in the first half.

WSU only trailed the Tigers by 1 at the break.

Erik Stevenson and Dexter Dennis combined for 41 points in the Shockers 69-63 victory.

"If you can win ugly and when you're not playing your best, that's good," head coach Gregg Marshall said after the game. "It certainly beats the alternative which is losing. We did not play well we understand that. They understand that. This will be a great week of practice for us. We should have their full and undivided attention that you have to come and play well in order to win. If you don't play well you're kind of leaving it up to whether Texas Southern knocks down a few more shots or Texas Southern gets a few more whistles or whatever. Ball bounces their way a couple of more times they win the game."