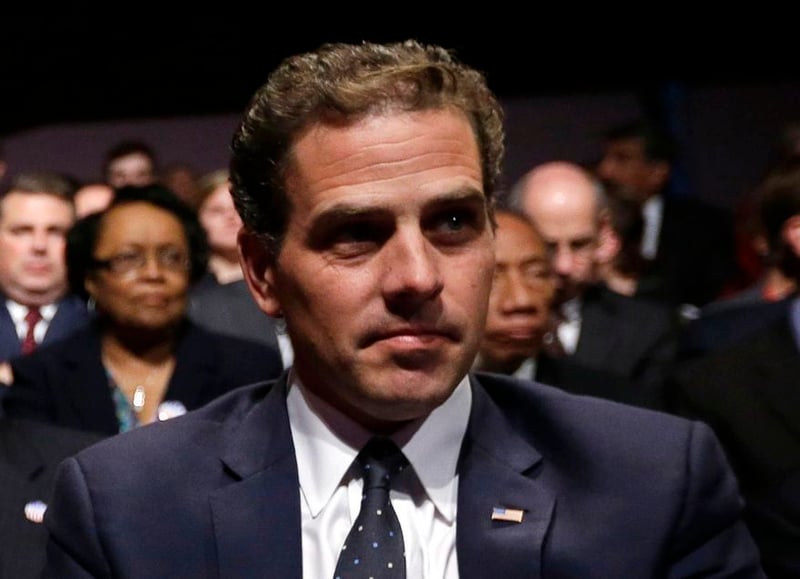 House Republicans on Saturday submitted a list of witnesses they'd like to testify as part of the chamber's impeachment inquiry into President Donald Trump and Ukraine.

Trump on Twitter later Saturday pushed for the whistleblower to testify as part of the impeachment inquiry, and argued that House Speaker Nancy Pelosi, Schiff and Joe Biden should be added to the witness list.

Democrats must approve any requests submitted by Republicans and they are expected to reject the requests for Hunter Biden and the whistleblower to appear.

The whistleblower's attorney reacted on Saturday to the GOP's call for testimony from his client by reiterating that the person is only willing to answer questions in writing.

"My client's complaint has been largely corroborated. Nonetheless, I have offered to have my client respond in writing, under oath, and under penalty of perjury to Republican questions," Andrew Bakaj said in a statement to CNN.

Bakaj said he is "concerned this is part of a larger effort to unmask my client's identity" and said he urges members of Congress to "step back and reflect on the important role whistleblowers play in our constitutional republic's ability to oversee itself."

"The call to have my client's identity disclosed will fundamentally harm a process that took decades to build. By extension, it will adversely impact Congressional oversight. These consequences, I fear, will be long-lasting," Bakaj added.

In the letter, California Rep. Devin Nunes, the top Republican on the House Intelligence Committee, bashed what he called a "sham impeachment process." Nunes wrote that Republicans were calling the witnesses to testify in an open setting to "provide transparency to your otherwise opaque and unfair process."

Schiff said in a statement later Saturday that his committee is evaluating the witness requests and "will give due consideration to witnesses within the scope of the impeachment inquiry, as voted on by the House."

The House inquiry, he said, "is not, and will not serve, however, as a vehicle to undertake the same sham investigations into the Bidens or 2016 that the President pressed Ukraine to conduct for his personal political benefit, or to facilitate the President's effort to threaten, intimidate, and retaliate against the whistleblower who courageously raised the initial alarm."

House Democrats are moving forward with their probe into allegations that Trump pushed Ukraine to investigate Joe Biden, the former vice president's son and the 2016 election in order to help the President politically and that the White House took steps to cover it up. Trump has denied doing anything improper.

Trump has pushed an unproven accusation that then-Vice President Biden improperly tried to help his son by pressuring the Ukrainian government to fire the country's prosecutor general. Hunter Biden served on the board of the Ukrainian natural gas company at the time.

There is no evidence of wrongdoing by either Joe or Hunter Biden in Ukraine.

The Biden presidential campaign declined to comment to CNN Saturday on the request for the former vice president's son to testify. Joe Biden was asked Friday in New Hampshire whether he himself would testify at a Senate impeachment trial if asked -- though Republicans have not yet made that request.

"Let's focus on the problem, here," Biden said. "The question is, did the President of the United States violate the Constitution ... And did he profit from his office?" He again called on Trump to release his tax returns.

Impeachment hearings are set to begin next week as Democrats prepare to take their case against Trump to the public. The open hearings will be the first time the US hears directly from the officials at the center of allegations against Trump.

Schiff has said three witnesses will testify next week: US diplomat Bill Taylor and State Department official George Kent will appear on Wednesday, and former US Ambassador to Ukraine Marie Yovanovitch is set to testify Friday.

A review of more than 2,600 pages of transcripts released this week from eight witnesses who have testified in the House impeachment inquiry over the past six weeks shows how controversy over Trump's Ukraine policy had been brewing inside the US government for months.

It roiled efforts to bolster a key strategic alliance after Trump enlisted his own personal attorney, Rudy Giuliani, to work outside normal diplomatic channels in an apparent effort to bolster his reelection chances.