Duo, a Janus cat, adapting to life with extra mouths, noses and eyes 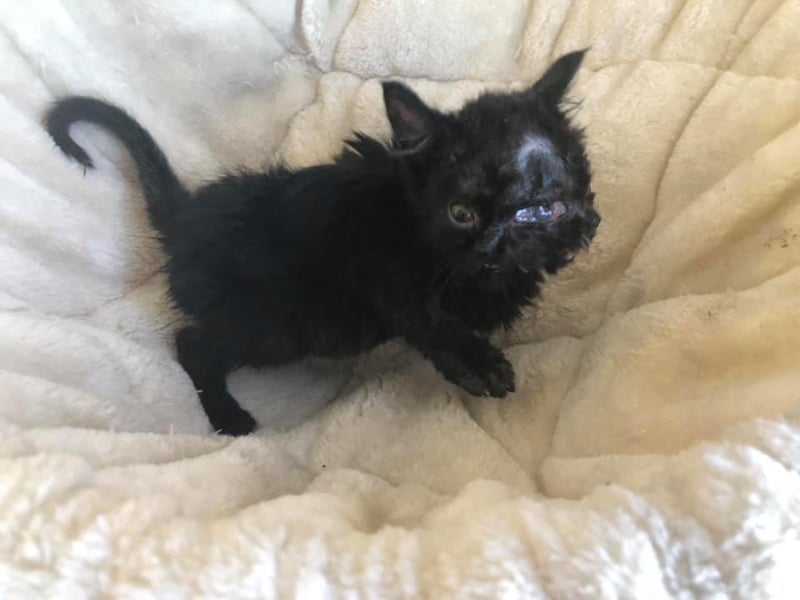 Cats are supposed to have nine lives, not have two faces.

Duo was born three months ago but his mother rejected him. Luckily, the mother cat’s owner was friends with a veterinarian, Ralph Tran, who agreed to adopt the special needs cat and give her the necessary love and medical care.

“Raising Duo has been an incredibly rewarding experience, and at the same time, incredibly challenging,” Tran told the television show, Inside Edition..

At first, Tran had to feed  Duo with a tube and a syringe. Recently, however, she has learned to eat on her own,

“Both her mouths meow separately, and both noses are fully functional,” Tran told People.

However, she is not particularly adept yet, Tran admitted on a Duo’s Facebook page.

“Each face fights to eat and, as a result, most of the food just ends up in the middle eye and on her forehead. That’s why her forehead is now bald,” Tran wrote.

Duo has had other issues as well: respiratory infection, a possible seizure and issues with walking. It also became clear quickly that one of Duo’s eyes isn’t viable, and because it’s a source of infection and irritation for her, she will need to have it removed when she’s big enough to undergo eye surgery.

She is also smaller than other kittens her age, but that doesn’t stop her," Tran said.

Although most “Janus cats,” as Duo is called, rarely live beyond a few days, her condition isn’t necessarily fatal.