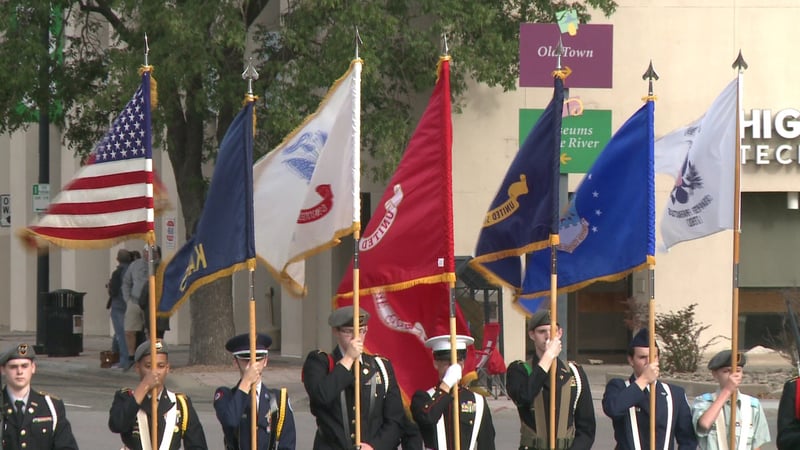 The parade will begin near Murdock and Main Street, then head south on Main until it ends just north of Kellogg. After the parade, the crowd will hear from speakers gathered at the Waterwalk Hotel. Expect road closures along Main stretching from Lewis up north past Murdock during the parade.

The theme this year is "Heroes behind the heroes," which is meant to honor organizations that support veterans like the VFW.

Around 1,500 Junior ROTC cadets from USD 259 will take part in the parade.