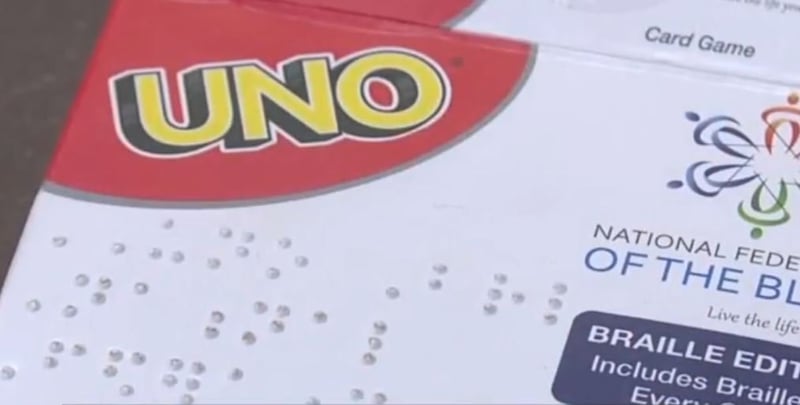 Middle schoolers at the Idaho School for the Deaf and the Blind are getting their hands on the first official braille UNO deck.

"Games don’t usually have braille on them unless you put it on, so I think putting braille on things like card games and legos and stuff that's a really good thing to do," said seventh-grader Kathryn Reese. Some of played the game before, but with this deck, they didn’t have to hand-braille it themselves.

"UNO is one of the best games of all time, and not being able to play, going through childhood or adulthood without playing UNO, it’s just not possible, you can’t do it; you’ve got to have UNO in your life," said Rees.

For others, today was the introduction to the game.

“This was my first time," said eighth-grader Durant Whipple, “it was pretty, it was awesome,"

The school has some games provided by the American Printing House for the Blind, but often, they take on the responsibility of adapting popular games.

“There are a lot of games teachers have to hand braille to make it accessible for the students," said teacher Mai Nguyen.

The students are hoping to see Mattel and other companies continue to create braille games.

“Yes, I would want to see War in braille," said Whipple, "and Poker."

The teachers say this is more than a deck of cards. This can be a springboard to more accessibility and mindfulness from those in sighted-world.

When it comes to games, being able to participate fully and play with friends around them is half the fun.

“Winning is cool, but it doesn’t really matter who wins, because it’s a fun game," said Rees.