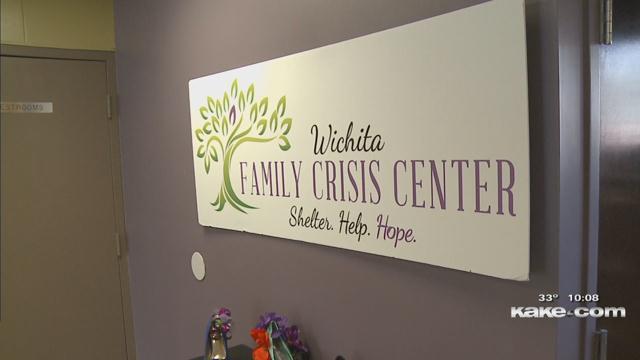 This week, the Sedgwick County Commission is considering whether to grant a request for around $30,000 for the Wichita Family Crisis Center.

Earlier this year, KAKE News Investigates found a huge shortage in domestic violence shelter space in Wichita. That's why the Wichita Family Crisis Center is asking for money for what they say are imperative improvements.

A massive hole sits in the driveway of the Wichita Family Crisis Center.

"It's not only inconvenient, but also at this point, a safety hazard," says Eryn Ebach, the Development Managere.

An even bigger safety concern, there's no gate to protect clients who are sheltering from their abusers.

"We are the only shelter of this kind that doesn't have a security gate," says Ebach.

Amanda Meyers, the shelter's Executive Director, says the money would help survivors like a woman who asked us to protect her identity. She's been staying at the shelter for weeks now, but it wasn't easy getting in.

"The shortage is unbelievable. For a city this big, I'm shocked," says the survivor.

There are only two shelters in Wichita, and every month, each is turning away between 40 and 50 people.

"It's devastating because it's leaving men and women and places they don't want to be at all," says the survivor.

Without enough beds, the shelter spends thousands of dollars on hotel rooms for families, leaving necessary repairs, like a security gate, to be put on the back burner.

She says to keep survivors safe, the money is imperative. The woman we talked to agrees, saying she doesn't know where she'd be without the Wichita Family Crisis Center.

As of Thursday, November 7, the Sedgwick County Commission still had not made a decision on the money.