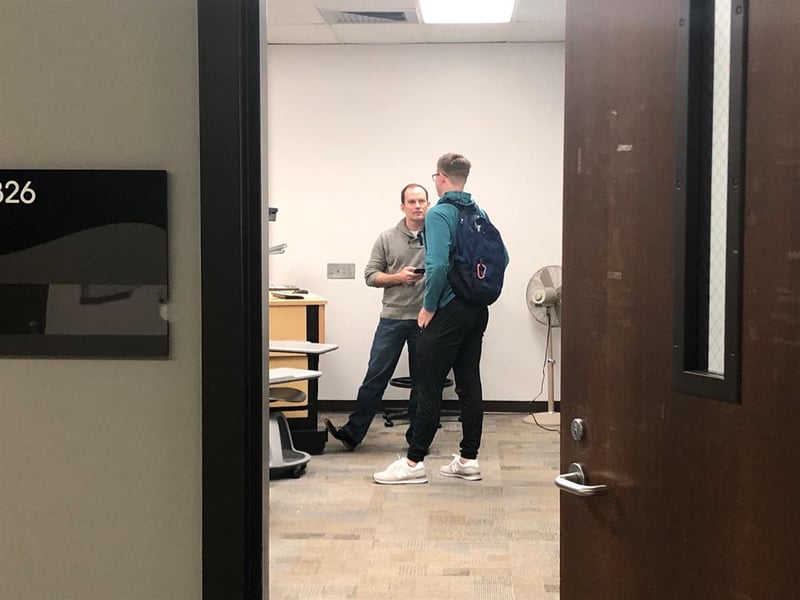 Wichita mayor-elect Brandon Whipple speaking with a student after his Wednesday morning government class at Wichita State University. Whipple has taught part-time at WSU for the last few years. 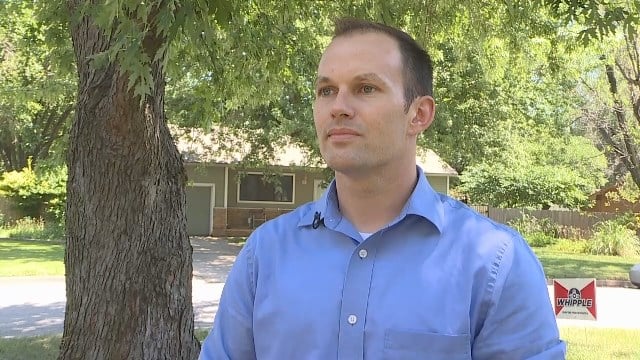 "It's going to be a big task.  We didn't go into this thinking that this was going to be an easy gig," Brandon Whipple, Wichita's new mayor-elect, said Wednesday morning.

Whipple says he knows being mayor of one of the country's largest cities is a far cry from being one of more than a hundred state lawmakers in Topeka.

But he's eager to move forward on his ideas for making Wichita a better place for all.

"I think public safety is number one," he said about his priorities once he takes office.

So what does public safety look like in the mind of Wichita's new mayor-elect?   He told KAKE News that one place it starts is with community policing.  He says in the coming days he wants to sit down with Police Chief Gordon Ramsay to find out what officers need to be able to do that better.  Whipple expects the answer will involve more officers and more training.

"Also, I think we can move forward with transparency," he said.

Transparency is something Whipple campaigned on.  But the face of it has changed in recent weeks.  Now he's talking about possibly forming an ethics commission at the city level similar to what the state has.

He also wants to increase community involvement across the city, both by making communities more inviting through expanding programs like Open Streets ICT and by making sure everyone feels they're welcome at City Hall.

"One of the things that makes us great is not only do we have these big events that people come from all over Wichita to participate in, but also in individual neighborhoods there are community events," Whipple said.  "I think that we have a great opportunity of expanding that, making sure that everyone has a seat at the table."

As part of his effort to make that table more family friendly, and to continue being an active father to his three boys, Whipple says he'll be doing things like bringing his own kids to work with him, something he's done regularly in Topeka.

"Everyday families should feel like they are welcome at City Hall even if they have young kids and as mayor I'm going to be demonstrating that," he said.  About his own kids, he added, "We're a package deal.  My kids, they come with me to the capitol when my wife has training for work.  They're going to come with me to City Hall.  Luckily Brandon Johnson has already trailblazed that.  I think City Hall is now kid-proofed."

This campaign, he said, has certainly shaped his priorities.

"I think the city's looking for change," Whipple concluded.  "Campaigns that are done well reflect what the public wants.  Our priorities changed from when we first got into the race to where we are now because we get to go out and talk to people."

Whatever form change takes in the City of Wichita, Whipple says, it's not about him alone.  It will take the city council working together.

"It's really about getting in the same room and putting egos aside and working for the people," he said.

To that end, Whipple says, he plans take Jeff Longwell up on his offer to meet and chat about what he needs to know about how the mayor's office works.

"I'm really grateful that he's willing to do that," Whipple said.  "He did leave me a voice mail.  I'm looking forward to chatting with him.  I thought it was a classy move."