Abigail Arias, the 7-year-old honorary police officer with a rare cancer, has died 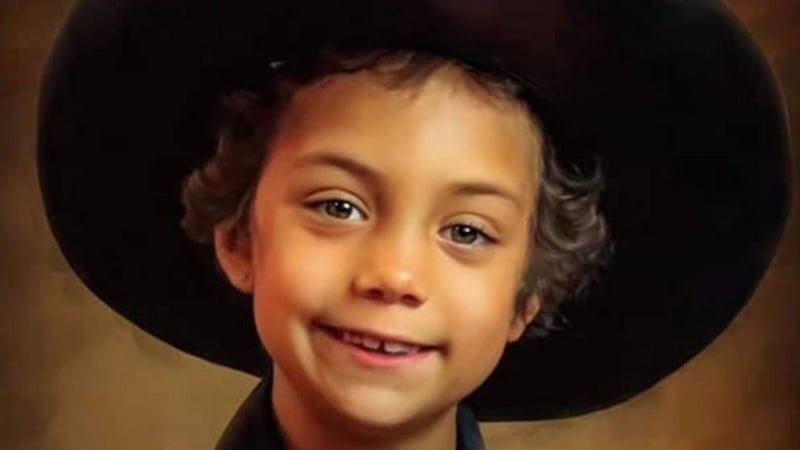 Abigail Arias, the 7-year-old honorary police officer who lit up her hometown of Freeport, Texas, while living with a rare cancer, has died.

Freeport Police and a nonprofit run by her family confirmed her death Tuesday.

In 2017, she was diagnosed with Wilms tumor, a rare kidney cancer that primarily affects children. She went through 90 rounds of chemotherapy to remove it, CNN affiliate KTRK reported.

The cancer returned in April 2018, and this time, it was incurable.

That's when her guardian angels on earth came in. She befriended Freeport Police Chief Raymond Garivey at the department's "Pancakes with Santa" event in December 2018. She told him her dream of becoming a police officer. 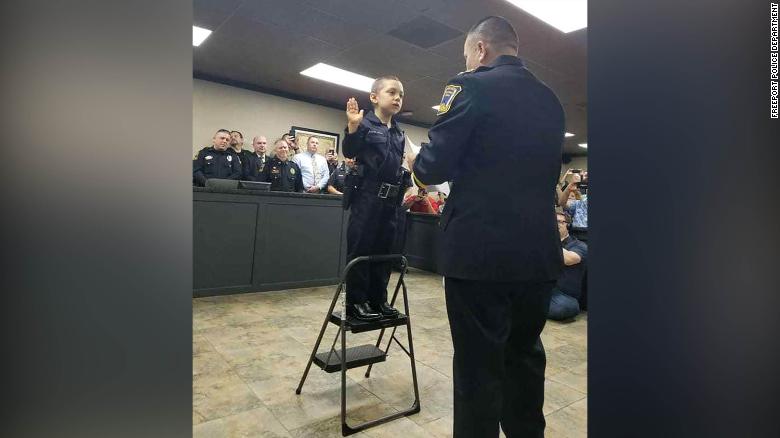 (Abigail Arias — that's Officer Arias 758 to you — was sworn in by Freetown Police Chief Raymond Garivey in February.)

"Her terrific smile and will to keep fighting the 'bad guys' inside of her — I wanted to make her dream come true," he told CNN in February. "You have to meet her to really understand what a great and inspiring young lady she is."

Abigail was sworn in as an honorary Freeport officer in February, becoming Officer Arias 758.

Standing on a step stool to meet Garivey's eyeline, she was sworn in wearing a custom-fit police uniform. She promised to protect and serve her community and sealed it with a warm hug from Garivey.

Her story quickly spread from Freeport to police departments across the US, who honored her by rocking her merchandise (usually covered in llamas, her favorite) and sending prayers. Fans have dressed up as Abigail for Halloween. Others wrote songs for her.

In October, Abigail's family and Garivey shared that her condition had worsened, and doctors were considering hospice care, KTRK reported. But even as she was dying, she managed to have fun and do good.

She met Houston Astros star Jose Altuve ahead of Game 1 of the World Series. The foundation her family set up in her honor, Officer 758's Cancer Fight Foundation, paid for another young cancer patient and his family to attend the World Series in Houston, too.

Her death is heartbreaking for her supporters, but it is a reminder to "embody what Abigail taught us," Garivey wrote in a Facebook post.

"To live life to the fullest, to never give up hope no matter the odds, to fight 'the bad guys' passionately, and most important, to love one another — and always stay relentless!"