A 48-year-old Australian man is breathing easier after a brain scan revealed that his persistent sinus problems were being caused by a package of marijuana he'd shoved up his nose 18 years prior.

The patient's case was described in the British Medical Journal in a report entitled "a nose out of joint."

Years earlier, while the patient was incarcerated, he inserted a rubber balloon filled with marijuana, which his girlfriend had given him during a prison visit, into his right nostril. The small package got lodged further up his nasal passage, leaving the patient to mistakenly believe he'd swallowed it.

Instead, the marijuana package developed into a rhinolith, or a calcium deposit that forms inside the body, usually around a foreign object, the study said. 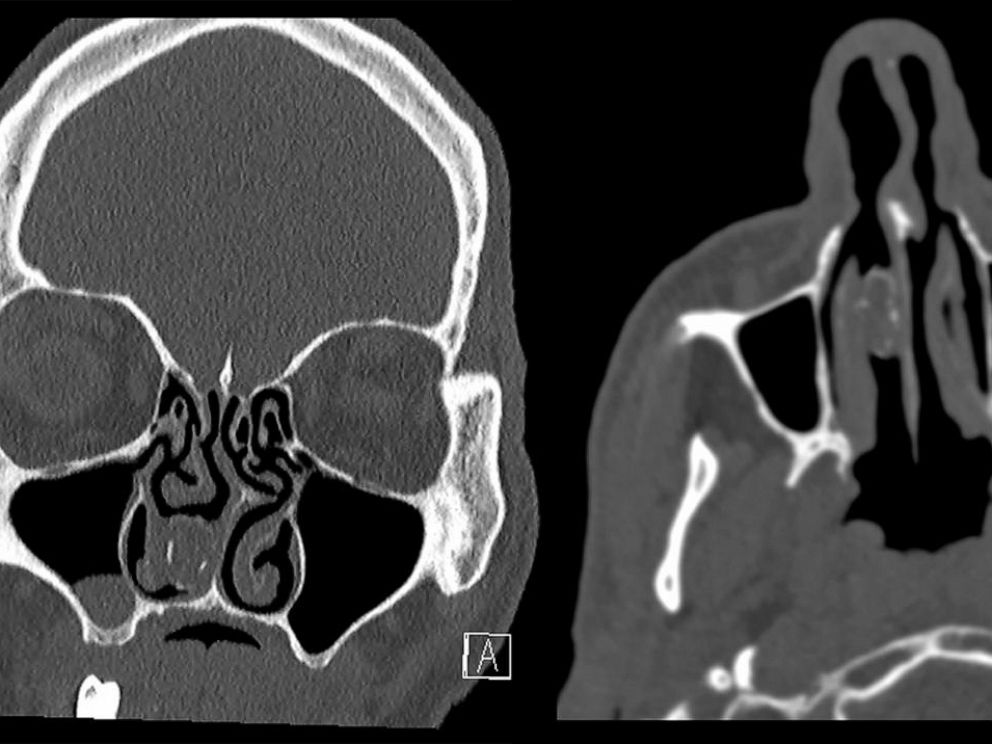 (BMJ Case Reports/CT scan of a rhinolith in the patient's right nasal cavity.)

Rhinolith are rare and typically occur when children put foreign objects like beads, buttons, erasers, seeds of fruits, sand or pieces of paper up their noses during childhood. Patients report symptoms like nasal discharge, headache, facial pain, nosebleeds and an unpleasant smell.

The Australian man's case is unique, his doctors say. The only other reported instance of a rhinoliith caused by illicit drugs occurred when a 21-year-old patient inserted codeine and opium wrapped in a nylon sheet up his nose.

Three months after having the mass removed from his nasal cavity, the patient's symptoms had completely resolved.