California inmates being paid $1 an hour to battle wildfires 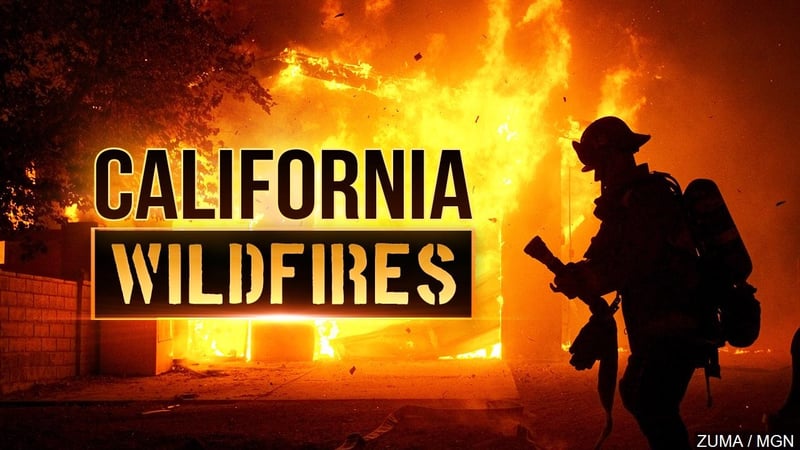 More than a dozen wildfires are burning in California now, with the new Hillside blaze forcing evacuations in San Bernardino, Calif. Some 9,000 California firefighters have been battling the blaze, aided by inmates in the California Department of Corrections and Rehabilitation (CDCR).

And while the mean wage for firefighters in California is $81,580, according to the Bureau of Labor Statistics (BLS), inmate firefighters only receive $1 an hour to help combat the deadly fires that are threatening lives, property, businesses, and wildlife in the state.

According to the CDCR, there are currently 3,100 inmates working at conservation camps. Of those, says the CDCR, 2,150 are “fireline qualified.” “In addition to inmate firefighters, camp inmates can work as support and maintenance staff such as cooks, laundry workers, landscapers and water treatment plant operators.”

The hourly salary is in addition to their daily wage which can range between $2.90 and $5.12 a day, “depending on skill level.” “During emergencies, crews work a 24-hour shift followed by 24 hours of rest. Thus during one 24-hour shift during an active emergency, the lowest skill level would earn $26.90 per day,” CDCR told Yahoo Finance.

But critics say this isn’t enough.

“Under the current system, the compensation is the time off a sentence, but that doesn’t excuse the State from not paying these firefighters a fair wage for risking their lives to save property and people from the fires,” said Donald Specter, executive director of the Prison Law Office. The group works to protect the rights of inmates through advocacy, education, and litigation.

“We think that the best way to protect prisoners against exploitation and abuse is to treat them insofar as possible, like we treat every worker — including those on the outside,” he says.

Given the large pool of “uniquely powerless” and “literally captive labor,” Fathi says there is a risk that the cheap labor inmates provide could “undermine” free labor.

The practice isn’t new. California has been using inmates to help fight wildfires in the state since the 1940s, and it isn’t alone. Other states like Georgia, Colorado, Arizona, and Nevada have similar programs, using people who are currently incarcerated to serve as firefighters. In Colorado, inmate firefighters earn $6 a day. But California’s inmate firefighting program is one of the oldest and largest.

These programs are voluntary, but given the vulnerability of those who are incarcerated, concerns of exploitation abound.

“In general, a lot of prison labor programs are like the military,” Fathi says. “To get in is voluntary, but to get out is not. Prisoners can be punished for refusing to work even if the initial decision to take on the job is voluntary.”

“They can’t unionize to bargain for safer worker conditions. They aren’t protected by worker safety laws. The only remedy that the family of an injured or killed inmate has is to file a lawsuit,” he says. And certain laws, like the Prison Litigation Reform Act, exist to make filing those lawsuits even harder.

“The bottom line is that prisoners who are injured or killed on the job are without a remedy. And that’s particularly problematic when you’re talking about a job that is as dangerous as fighting wildfires. This is extraordinarily dangerous work,” Fathi says.

And once an inmate firefighter is released, they will find it extremely difficult to find work as firefighters. In California, the law prevents inmates from becoming firefighters once they are released. Some counties require EMT certification, which they can be denied if they have been incarcerated.

Inmate firefighters march past an American flag, while led by a fire captain, as they work to put out hot spots from the Tick Fire on October 25, 2019 in Canyon Country, California. (Photo by Mario Tama/Getty Images)

Even the California Professional Firefighters (CPF) organization has resisted the creation of a direct path to becoming a firefighter for former inmates, noting that there are “literally hundreds of qualified applicants for every open firefighting job in California.”

“Firefighters believe the standards of the profession should be the highest possible – for their own safety as well as the health and safety of the people they serve,” said CPF spokesman Carroll Wills. A new bill was recently signed by California Gov. Gavin Newsom that allows inmates to take on other jobs in forest management and “fire prevention and disaster support.”

But advocates say the move is counterintuitive.

“I don’t believe that’s a fair policy, nor is it consistent with public safety since providing people who are released from prison with a job significantly lowers the odds that they will commit future crimes,” said Specter.

The topic is even having an impact on presidential candidate Sen. Kamala Harris. During her time as California Attorney General, her office argued against the early release of some inmates so that there wouldn’t be a reduction in inmate firefighters.

When a class-action lawsuit was filed by the Prison Law Office on behalf of inmates against the state due to overcrowding, the Supreme Court ruled in favor of the plaintiffs. In 2014, Harris’ office fought giving inmate firefighters a faster route to release, arguing: “Extending two-for-one credits to all minimum-custody inmates at this time would severely impact fire-camp participation — a dangerous outcome while California is in the middle of a difficult fire season and severe drought.”

Harris would later tell BuzzFeed that she was “shocked” to see her office make the argument.

When asked about the case earlier this year, Harris’ camp said she “took action” and directed her office not to make the argument again.