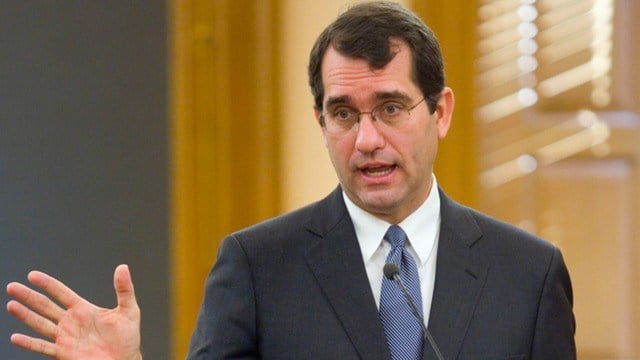 “As the chief legal officers of our states, we write to urge you to enact the Kelsey Smith Act, legislation to give law enforcement officers the tools they need to keep our communities safe in the 21st Century,” Schmidt and Arkansas Attorney General Leslie Rutledge wrote in a letter to Congress. “Each of our states was an early adopter of a state-level version of the Act, and we can attest to its critical importance in saving lives during abductions and other emergency situations.”

Schmidt and Rutledge sent the letter urging the Kelsey Smith Act’s passage to the U. S. Senate Committee on Commerce, Science, and Transportation and the U.S. House Committee on Energy and Commerce. Senator Pat Roberts and Representative Ron Estes, both Republicans, sponsored the legislation that would require cell phone providers to turn over geographic location information to law enforcement officers in emergency situations.

As of right now, no emergency location requirement exists in federal law, and cell phone providers are able to withhold the information without some sort of state requirement forcing them to do so. Kansas and Arkansas are two of 24 states that have adopted versions of the law at the state level.

The bill draws its title from the case of 18-year-old Kelsey Smith, who was raped and murdered after being abducted in broad daylight outside a big-box retail store in Overland Park in 2007. Law enforcement officials and Smith’s family asked her cell service provider turn over geographic coordinates, but were denied access for several days because there was no legal requirement for them to turn over the information. When the provider finally agreed to turn over the coordinates and law enforcement found Smith’s body within 45 minutes about 20 miles from where she was abducted.

Schmidt and Rutledge recently discussed the legislation’s importance at a July conference in Arkansas for family members of missing persons and the law enforcement community to raise awareness of the issues surrounding missing persons. The letter sent today cites recent examples from both Kansas and Arkansas in which law enforcement officials were able to use the authority under their state laws to locate and potentially save the lives of individuals in emergency situations.