Demand rises for breed of 'hero' dog in al-Baghdadi raid 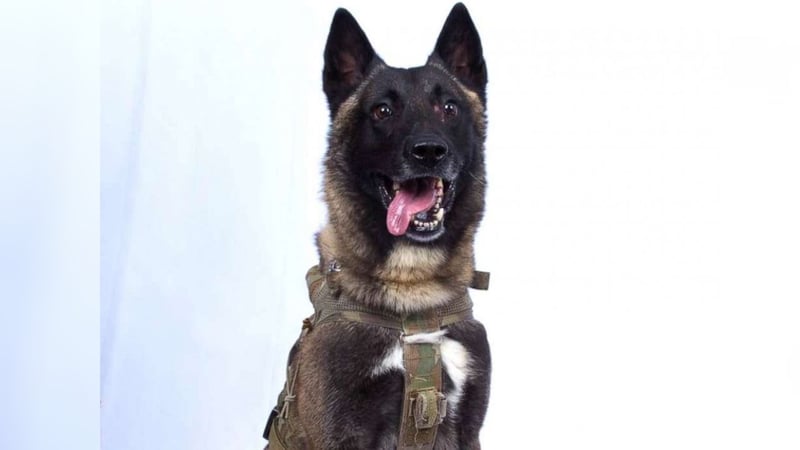 The dog that cornered Islamic State leader Abu Bakr al-Baghdadi in a raid that led to the terrorist's death may be "beautiful" and "talented" -- so said President Donald Trump -- but an expert warns against running to a nearby kennel looking for the new family pet.

"These dogs are too much for most people," Irene Howcroft, owner of Ruidoso Malinois, a kennel in New Mexico that specializes in the Belgian Malinois breed and provides many to law enforcement officials, told ABC News on Thursday.

In the four days since Trump announced al-Baghdadi's death, and gave high praise to the dog named "Conan," calls inquiring about the breed have skyrocketed, according to Howcroft.

"I have received about a thousand contacts through email, phone calls, or text," Howcroft said. "I usually get, I would say, about probably 1,500 to 2,000 contacts a month. I'm still getting a lot more."

Yet she thinks the spike in interest could be detrimental to the breed, adding she's "profoundly distressed."

Howcroft has been training Malinois for 15 years and knows the extensive level of care that goes into raising them.

"People think, 'This will be a fun dog to have,' and it will, but only if you are the right family or person," she said.

Malinois require active engagement both physically and mentally, according to the American Kennel Club.

"This is not a dog who can be left in the backyard, and daily walks are not enough, either," according to AKC's website. "Exercise, and plenty of it, preferably side by side with his owner, is paramount to the breed’s happiness."

NEW: Dog involved in ISIS raid in Syria "has been returned to duty," Pentagon says.

The dog is a four-year veteran who has participated in about 50 combat missions, and was injured by exposed electrical cables. https://t.co/4U4BI12tIe pic.twitter.com/DLGGXzPibo

Howcroft said that the people who have reached out, both interested owners and other breeders, have done little to no research.

"I say, 'Tell me about your fencing. Are there other dogs in the household? What're your training goals for this dog?' Then I can tell very quickly you're not suitable, just with those questions," she said.

She fears that Malinois' newfound popularity will lead to unprepared owners in insufficient homes and a spike in unhealthy breeding to meet demands.

"The well-being of their life, they trust me for that, and I take that extremely seriously," she said.