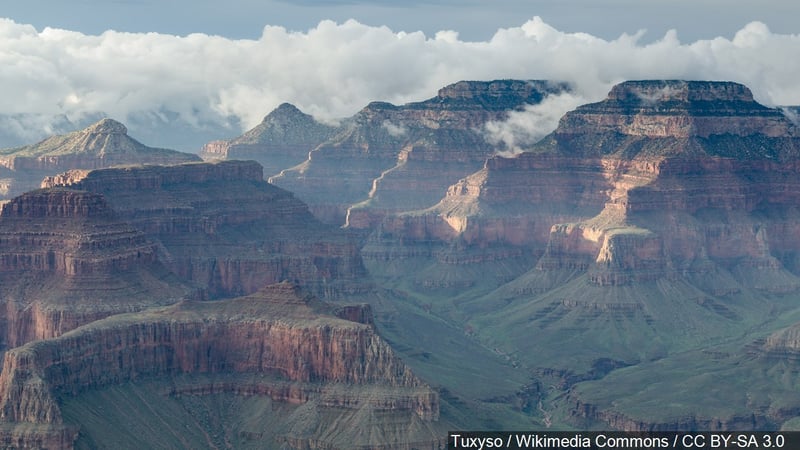 This was the third time 20-year-old Emily Koford and her mom Erin visited the Grand Canyon.

"We love to watch the sunsets," said Erin.

This time, the two ventured out onto a rock near the edge of the rim off the trail and away from any railing to take a photo. Emily grabbed her mom's phone, and started to take a few steps back.

" I saw that the ledge was right there and I said don’t take another step back," added Erin. "When she did that little slip thing and caught her self I mean my stomach turned."

Emily's foot fell off the ledge, the 20-year-old used her hands to regain her balance and lift herself up.

"It was a really scary feeling,” Erin added. “As soon as I knew that she was OK, I just got really angry that she had done that. So, I just went up and grabbed her and said you just scared me to death, Emily.“

“She was gritting her teeth she was so mad," said Koford, calling herself blessed. “For a second there I was like oh my gosh what did I just do?“

At least 64 deaths have been recorded at the Grand Canyon since it was established 200 years ago.

National Park officials say they see on average 12 deaths a year, but not all from falls. Other deaths are related to medical issues, or happen outside of the rim.

These number do not include any death that was ruled a suicide.

So far this year, three people have died at the park.

Michael Obritsch, of Santa Rosa, California, died April 3 after falling from the edge of the South Rim in Grand Canyon Village, near the Yavapai Geology Museum.

His body was found 400 feet below the rim, according to park officials.

A tourist from Macau, China, fell to his death on March 28. The man was at least 50 years old, park officials said.

The man was trying to take a photo at Grand Canyon West's Eagle Point — close to the Skywalk located on the Hualapai Reservation outside the park — when he stumbled and fell, The Arizona Republic reported earlier this week.