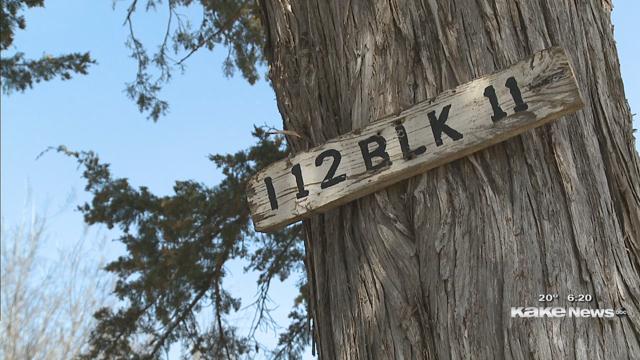 It’s been decades since investigators started looking into two separate murders in northeast Kansas. Though the names of the victims remain a mystery, the Dickinson County Attorney is hoping to make it right. She wants to give them a proper memorial at their final resting place.

“It was wrong that we not acknowledge them,” said Dickinson County Attorney Andrea Purvis. “Yeah. Because they are somebody's family. So that just meant a lot to me to do that.”

John and Jane Doe were left for dead. Later, they were buried in the Abilene Cemetery. Purvis started a fund for the two murder victims to give them headstones at the gravesite, where the two are buried next to each other. They are two of the 25 unidentified bodies who've been found in Kansas history.

“When we buried them here, we thought we ought to have some type of marker, but we didn't have anything that would really work, or the or the funds are provide it,” said Jerry Jacobson, president of the Abilene Cemetery board. “I think that'd be a fantastic idea for a community would like to pitch in and, and take care of that for them.”

It’ll cost about $1,200 for both the headstones. People can donate to John and Jane Doe Fund with the Community Foundation of Dickinson County.

“Hopefully at some point, we'll find their families,” Purvis said. “But, until then, our community is interested in doing a service for them as well as providing headstones for them.”

John Doe was found on July 24, 1974. Forensic scientists believe he was a white man in his mid 20's to early 30's. According to his profile with the Department of Justice, he was likely about 5'9'' tall, 150 pounds and had brown wavy hair. He was murdered by a serial killer Cecil Henry Floyd. Floyd died on June 17, 2011 of natural causes, said Margaux Auxier, communications director for the Indiana Department of Correction. Floyd never identified the victim.

Jane Doe was found in a rural area north of I-70 on Oct. 24, 1987. She's a black woman, believed to be in her 40's or 50's. She was likely around 5'4’’ tall, her DOJ case file states. Investigators said she was shot to death as early as that summer. A hunter found her remains -- only bones and the clothes.

Dickinson County Investigator, Capt. Jerry Davis, said the county is actively looking into both cases. DNA from Jane and John Doe have been entered into a national database. They have had some hits on the cases through the years, but none have been a match. He’s hopeful they will be identified one day.

“I don't give up hope. There's always a possibility,” Davis said. “We just need a family member to come forward and say their loved ones been missing.”