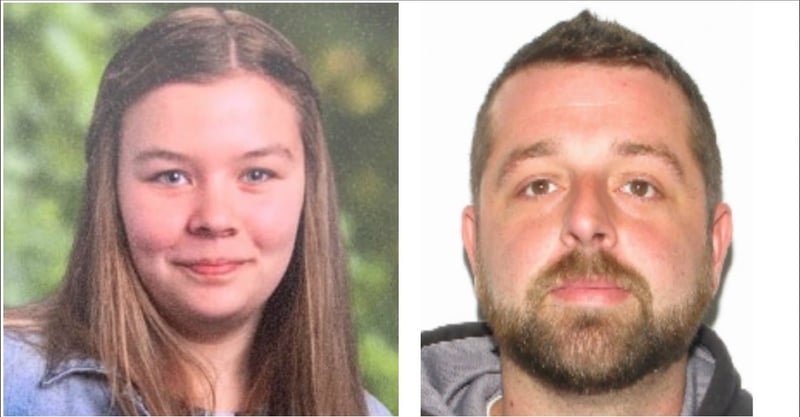 A 14-year-old girl has been found safe Wednesday night almost 10 days after she went missing along with a 34-year-old man in Virginia.

Isabel Shae Hicks had last been seen on Oct. 21 at her home in Bumpass, Virginia, about 40 miles north of Richmond, police said.

She "appeared unharmed," according to authorities.

(MORE: FBI agent pleads with suspect in teen's abduction to 'reunite her with her family')

Police had previously said she was believed to be traveling with Bruce Lynch, who was taken into police custody when Hicks was found late Wednesday. The Louisa County Sheriff's Office said a vehicle the two were in was stopped in Caroline County, north of Richmond, "after a pursuit."

He was spotted by an eyewitness with the teen in Hanover County on Monday and police previously said they feared the eighth-grader could be in extreme danger.

Police said Lynch had altered his appearance, including shaving his beard and wearing new clothing, when he was seen with Hicks on Monday.

WRIC reports Lynch is the ex-boyfriend of Hicks' mother.

Hicks was located safe and an Amber Alert issued last week has been canceled, Virginia State Police said. Investigators did not provide details about where she was found, but they said they would offer offer more details as soon as possible.

"Miss Hicks has been safely located and Lynch taken into custody," Virginia State Police said in a statement. "The Louisa County Sheriff's Office will provide an update shortly ... please be patient, as they're still in the midst of the investigation and arrest."

On Monday, investigators said there was no evidence to suggest that the teen had been taken forcefully.