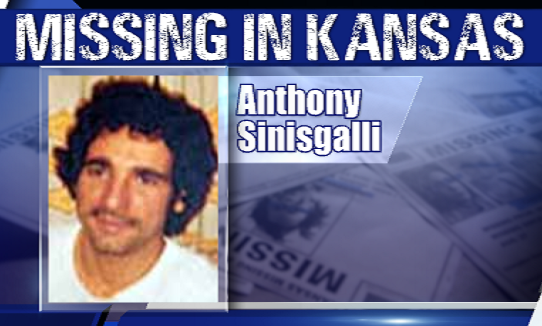 It's been more than 32 years since Anthony “Tony” Patrick Sinisgalli was last seen in central Kansas.

According to the U.S. Department of Justice, Tony was heading home on Aug. 17, 1987, from Beechcraft in Wichita. His wife saw him at Jerry Ivey Park in south Salina. His vehicle was parked near the restrooms. He wasn't feeling well, but he would not let her drive him home. Then, she went to get her brother for help. When she returned to the park, his car was left behind; it was locked with his possessions inside.

Tony never went back to work. His family, including his wife and children, have never heard from him since.

At the time, Tony had been living in Salina for about nine years, DOJ case files reveal. His parents emigrated from Italy and moved to a home on Thompson Street in Greenwich Village in New York. Then, they moved to Astoria.

His family feared Tony may have become homeless. They shared missing persons flyers in New York and Florida, where his sister lived, according to information shared by Kansas Missing and Unsolved.

Distinguishing marks: acne scars on face; tattoo of a one-inch heart with a banner on his lower right forearm; olive complexion.

If you have information that could help the case, contact the Salina Police Department at (785) 826-7210.