Convict in South Dakota wants to pick drug for his execution 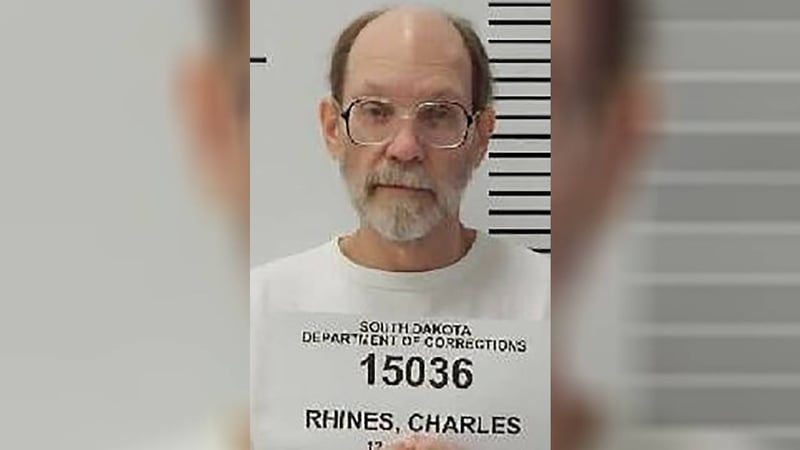 A convict scheduled to be executed next month in South Dakota for a 1992 fatal stabbing is taking issue with the state’s choice of the drug that will take his life.

Charles Russell Rhines, 63, has asked a judge to force the state to follow the law on lethal injections at the time he was sentenced to death in 1993, when a protocol of an ultra-short-acting lethal drug and a chemical paralytic were used.

The state has said it intends to use pentobarbital, commonly used to euthanize animals and a drug that has been used in recent executions in South Dakota and in Georgia, Missouri and Texas. The federal government said it plans to use pentobarbital when it resumes executing death-row inmates for the first time since 2003. It replaces the three-drug mixture previously used in federal executions.

In a complaint filed this week, attorneys for Rhines argued that pentobarbital is not an ultra-short-acting barbiturate and that by using it, the state is violating Rhines’ right to choose his manner of execution and his right to due process. Rhines has asked a judge to stop his November execution until his request is decided, the Argus Leader reported.

Rhines wants to be injected with an ultra-short-acting barbiturate, such as sodium methohexital, sodium thiamylal or sodium thiopental, along with a chemical paralytic, rather than pentobarbital, according to the complaint.

State law changed in 2007, when the legislature approved a bill to allow prison officials to select the type and amount of drugs used based on the best availability at the time of the execution.

Barbiturates are a drug group that depress the central nervous system and are divided into four classes: ultra-short-acting, short-acting, intermediate-acting and long-acting.

The South Dakota Attorney General’s office will file its written response to the request in a “timely manner,” according chief of staff Tim Bormann. A hearing has been scheduled for Tuesday in Sioux Falls.

Rhines was sentenced to death for killing Donnivan Schaeffer, 22, who was stabbed in the skull, stomach and back when Rhines was burglarizing a Rapid City doughnut shop where Schaeffer was an employee.

Rhines is scheduled to be executed the week of Nov. 3 to Nov. 9. The exact date will be announced two days prior to the decided day.