MISSING IN KANSAS: Former foster child on challenges with DCF 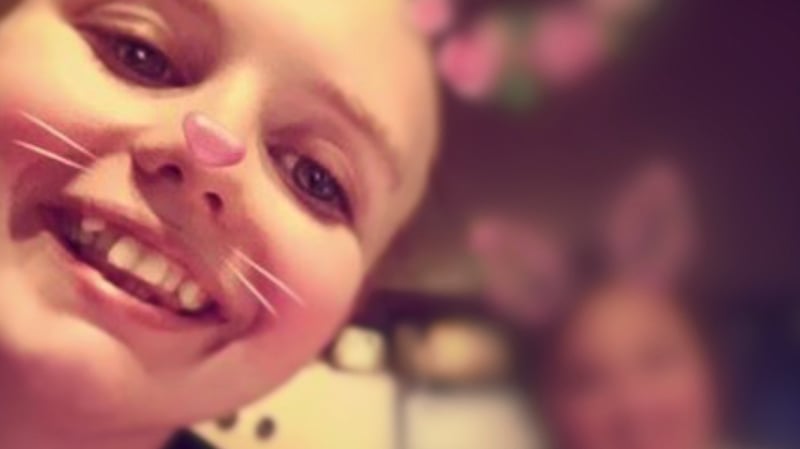 For a good part of her life, Hailey Carpenter has faced instability. Moving in and out of homes of strangers, she was one of thousands of kids in foster care.

“I went from Manhattan to Emporia. I ended up not having somewhere to stay for Christmas,” she said. “I ended up staying with a family over a weekend for Christmas, which they took me in as much as they could, But, you know when you get called on Christmas Eve, you can't really go out and get stuff.”

The Department for Children and Families is facing a class-action lawsuit, where advocacy group Kansas Appleseed says kids are shuffled to placements frequently. From July 2018 to June 2019, Kansas Appleseed claims children are in a new placement every three months for more than 2.5 years — a rate that’s more than double the recommended maximum.

It can be hard on kids, Hailey said, especially those like her.

SEXUAL ABUSE, MENTAL HEALTH
Hailey had a tough home life. As a young teen, she was sexually abused and gave birth to her rapist’s child. People she trusted the most hurt her; it’s something she feels other foster kids struggle with as well. Her mental health took a toll. She attempted suicide and had been diagnosed with different mental disorders.

The lawsuit highlights the value of mental healthcare for kids who’ve experienced trauma. Hailey said she wanted attention from her foster families –- not too much but not too little.

“I lost everything,” she said. “I had I lost, you know, relationships with my, my brother and me, you know, my mom and friends that were there. It just it was also hard.”

She found some case workers and foster parents who were good, but they often didn’t last long. Some state workers moved on to other jobs. Along the way, she found some of the experience was just as trying as to what led her there.

“I don't want to say they were just in it for the money, but they weren't in it for the support of the child,” Hailey said. “I had some great ones, and I had some really crappy ones.  I think that was always just a big thing, too, is not knowing who I could turn to if something happened ever.”

As a result, Hailey would run away from her problems, case workers and foster parents. Her goal was to keep moving and age out of the system. Yet, this often resulted in moving to more homes. She said it wasn’t unusual to stay the night in a state office. The one in Wichita was nice – equipped with activities, video games and makeup – and others may only have a computer, she said.

DCF is working to keep better tabs on kids. The department produces a Youth Recovery Report, which tracks how many children are missing from their care. As of this week, about 60 children are considered AWOL – a majority are runaways. This May, they announced a plan to expand efforts to locate runaway youth.

This fall, the Kansas Bureau of Investigation launched a Missing Persons Clearinghouse, featuring missing adults and children in Kansas. There are more than 260 juveniles and 290 adults listed on the site.

Lawyers with Kansas Appleseed argue the state needs to improve cases of missing kids. Some fear children may fall victim to crimes, like sex trafficking. Kansas Appleseed filed the class-action lawsuit against DCF last year. They recently amended the complaint to add more children. Recently, Kansas Appleseed and DCF have planned a mediation to address issues in the suit. Hailey thinks it'll take a major overhaul to make things better and get kids to stay.

Hailey, now 20, is preparing to have a baby in February. Hailey is grateful for relationships with her grandma and one of her foster moms, who have helped her keep things together. She hopes DCF will consider investing in the good foster parents and provide them better training. Hailey keeps in touch with her foster mom, who continues to encourage her to stay on a good path.

“When I got there, I was just like I was waiting for her to give me up,” she said. “That's what you do you just wait, just wait for them to say, ‘I'm done,’ and she just never did. She was a good one.”