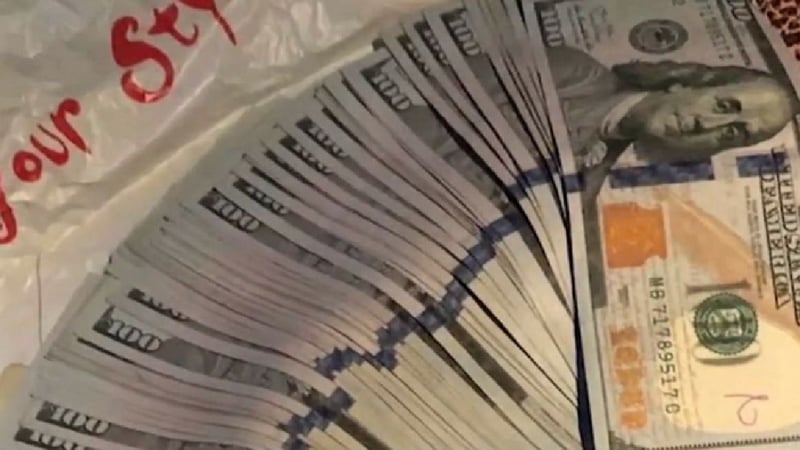 An Indiana man has a clerk in a clothing store to thank for the return of several thousand dollars that he nearly lost in his jacket pocket.

Jennifer Kimes, who works at the thrift and consignment store Plato's Closet in Valparaiso, Indiana, was going over some clothes that had recently been dropped off when she found something unexpected in the pocket of a coat.

But this time she found a wad of cash.

The roll contained hundred-dollar bills -- lots of them. When all counted up, they totaled $7,000.

Kimes' initial reaction? "It just scared me," she said. "It made me nervous."

So she immediately put the money in a safe spot in the register, then called her boss, Tammy Wendland.

Wendland contacted the jacket's owner and arranged to return the money to him. Wendland says he told her that he had hidden the money in the coat but forgot he had put it there.

There was no reward for returning the money, but Wendland said it just felt good to help someone else.

Added Kimes: "It's just about integrity. So when you work with things like this, you just have to make sure that you're honest and you do the right thing."