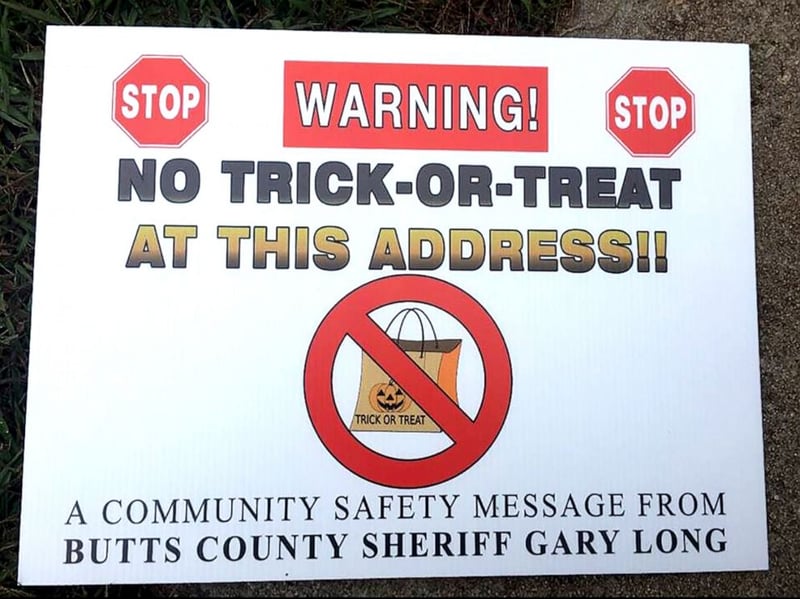 Three sex offenders in Georgia are suing deputies who put up signs warning families against trick-or-treating at the offenders' homes.

Christopher Reed, Reginald Holden and Corey McClendon said their constitutional rights were violated by officials in the Butts County Sheriff Department, who trespassed on their property to put up the signs, according to the lawsuit.

The suit also alleges the sheriff "exceeded his authority in compelling registrants to display a sign stating that they were a registered sex offender" and they "unlawfully occupied Petitioner's property" by placing the signs.

Butts County Sheriff Gary Long said in a statement his office "took precautions and placed signs indicating 'No Trick or Treat' at each registered sex offender’s residence in the county "to ensure the safety of children." 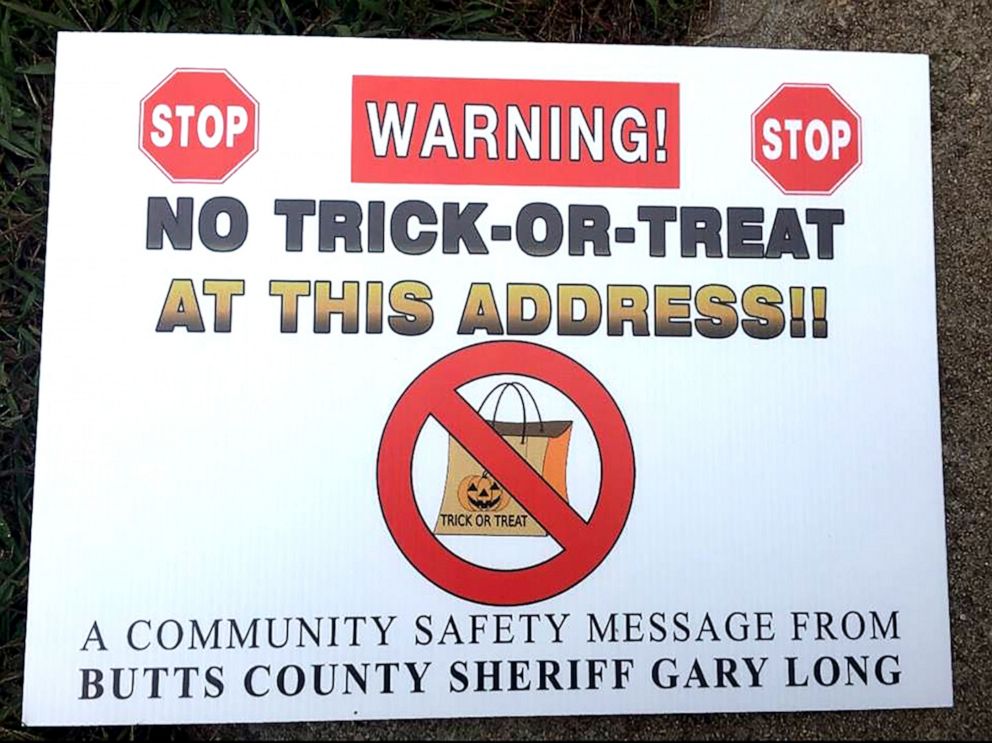 Long will attend a hearing for the case Thursday.

The lawsuit pertains to signs that were placed on the people's lawns last year, but Long has said he plans to do the same thing in 2019.

"Attorneys representing several sex offenders have filed a lawsuit against my staff and I," Long said in a statement. "The sex offenders have asked a Federal Judge to stop my Office from placing these signs this year. This Thursday, we will argue to the Federal Court that we are protecting our children and following Georgia Law by placing these signs."

The men allege in the suit that the signs caused "anxiety, embarrassment and humiliation" as well as "fear, shame and emotional distress."

"Regardless of the Judge’s ruling this Thursday, I WILL do everything within the letter of the Law to protect the children of this Community," he said.

They are requesting a jury trial.