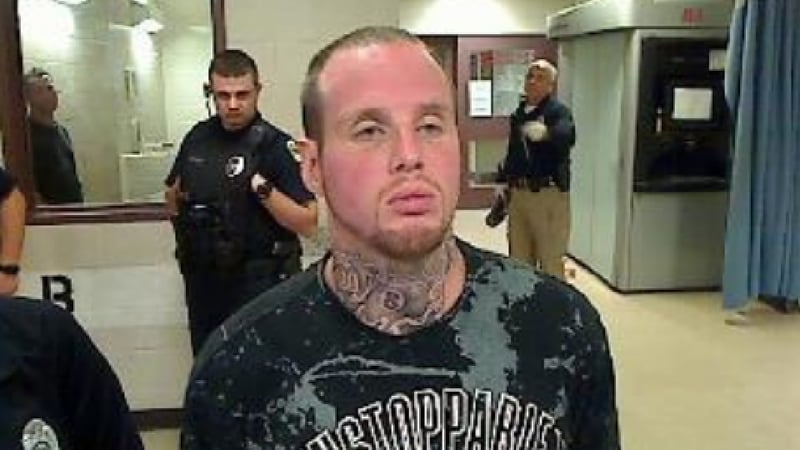 A 30-year-old Wichita man accused of randomly attacking a woman has been charged with attempted first-degree murder.

Wade Dunn made his first appearance in court on Monday and was also charged with criminal possession of a firearm by a felon. His bond was set at $500,000, and he's due back in district court on November 7.

Investigators say the 28-year-old victim was standing outside her vehicle at around noon on Monday, September 23 when Dunn approached and stabbed her multiple times. It happened in the 7400 block of East 17th Street.

The victim was hospitalized with serious injuries.

Police arrested Dunn just after midnight the following Saturday. He's already been charged in federal court with aggravated escape from custody. A criminal complaint accuses him of escaping from the Mirror Residential Reentry Center hours before the attack.

Dunn was sentenced in July of 2017 to 33 months in federal prison unlawful possession of a firearm by a convicted felon. In July of this year, the U.S. Bureau of Prisons transferred him to the Mirror center in Wichita to serve the remainder of his sentence.

Kansas Department of Corrections records show Dunn has prior state convictions that include criminal threat, burglary and theft. He was last released from state prison in June of 2017.