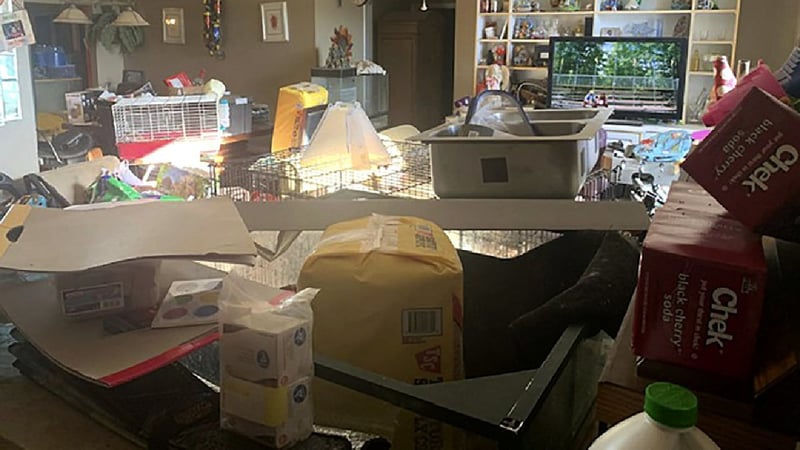 Police in Florida removed three children and 245 animals from a home after a wellness check.

An Edgewater police statement says it was "immediately evident neither the children, nor the animals were being cared for properly."

Officers said the 8-, 9-, and 10-year-old children were living with three adults amid rotting food, animal feces and urine.

The Daytona Beach News-Journal reports the adults will be charged with three counts of child abuse and 66 counts of animal cruelty. The children were placed with relatives.