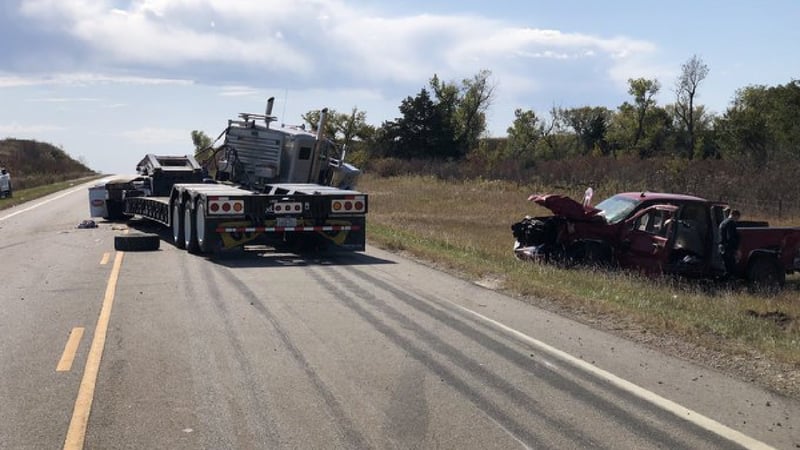 A woman has died and another has been seriously injured after an accident involving a semi and a truck in Geary County.

The accident happened around 11:30 a.m. on Tuesday. Authorities responded to a two vehicle crash on US 77 at mile marker 145.5 which is about 6 miles south of Junction City.

Laudemann's vehicle entered onto US 77 when a semi traveling southbound collided with the driver's side of the truck. Laudemann's truck ended up in the ditch and the semi stopped in the southbound lane and shoulder.

Savannah Laudemann died from her injuries and Dawnette Laudemann was transported to a hospital with serious injuries.

The driver of the Semi was not injured.

This crash has now changed to a fatal crash investigation. https://t.co/B0hs5gIIi3