Wichita to spend $350,000 to fix more problems at the water treatment plant 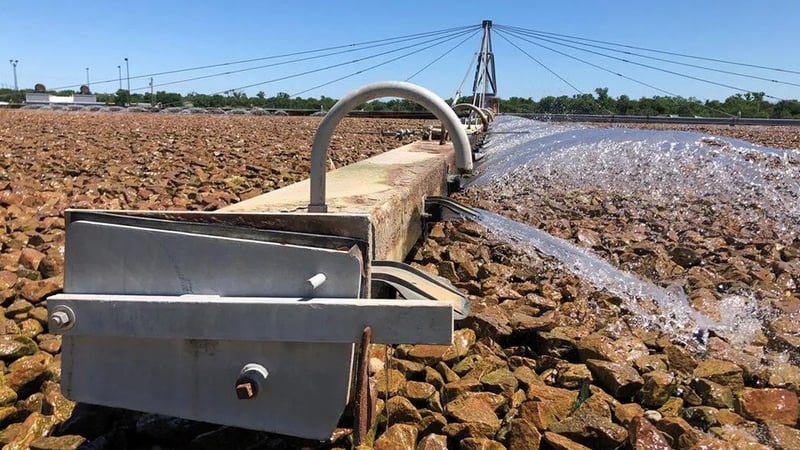 The Wichita City Council Tuesday voted unanimously to spend more money to keep its aging water treatment system up and running.  This after the state decided a manual override of the water disinfectant system was not acceptable as a permanent fix.

At the Wichita Water Treatment plant they say the equipment that checks to make sure disinfected water is clean doesn't work on the automatic setting anymore.  So, with the help of the state they devised a manual override, a temporary one.

"Staff's experts and KDHE worked very closely to put a manual work-around in place and we're confident that this will continue to maintain superior water quality," Don Henry, Assistant Director of Wichita Public Works & Utilities.  But, he added, "It's staff's desire and KDHE's directive to move forward with a more permanent fix."

Which is why Tuesday they asked the city council to approve $350,000 for replacement equipment, everything from new samplers and analyzers to new water pipes.

"This is important because the current system includes some old piping that is tied into other systems with some valving and that poses a risk of getting some unwanted water from other processes back into the analysis," Henry explained.

City staff chose the lowest bidder for the contract.  Given recent headlines, that had some council members looking for re-assurances the chosen company - CAS Constructors - has the know how to do a good job.

"There's been some concern in public about low cost and what that means as far as quality.  Is this a company that you believe can deliver the quality to make sure our water system is safe?" Brandon Johnson, District I, asked.

"The four outfits that we met with were all qualified contractors," Henry told him.  "We have a high level of confidence in CAS Constructors.  They've provided services on past city projects.  They were the lowest cost, also.  But we did make sure they were a qualified outfit and we're confident with them moving forward."

According to its web page, CAS has completed more than 400 projects like this at water and wastewater treatment plants, on time and on budget.
The money for this project was already in this year's city budget.