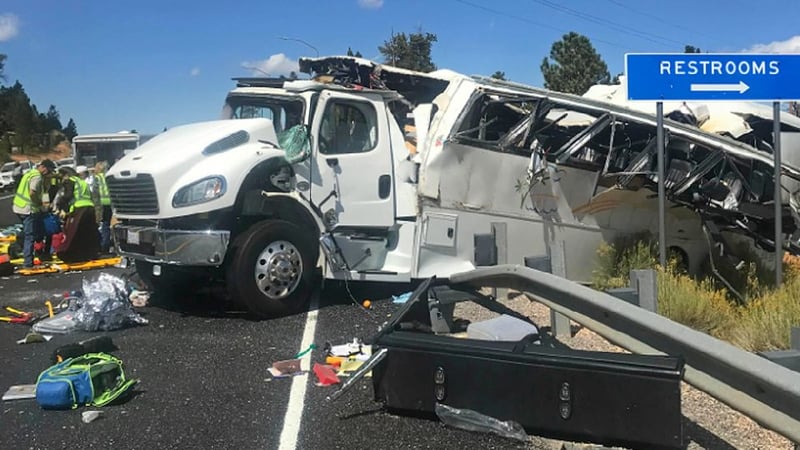 A bus carrying Chinese-speaking tourists crashed on the way to a national park in Utah, killing four people and critically injuring as many as 15 others when it rolled into a guardrail, authorities said Friday.

Law enforcement photos show the top of a white bus smashed and one side peeling away as the vehicle rests mostly off the side of a road.

Authorities were tending to people on the road. Others stood around covered in shiny blankets.

The crash near Bryce Canyon National Park, known for its narrow red rock spires, left 12 to 15 people with critical injuries and 10 more with minor to serious injuries, the Utah Highway Patrol tweeted.

The tour bus with 30 people aboard crashed near a highway rest stop about 7 miles (11 kilometers) from the park entrance.

It skidded off the road and rolled into a guardrail, the Garfield County Sheriff’s Office said.

The National Transportation Safety Board was sending a team to investigate the crash.

Chinese tourists are the fastest-growing group of tourists to visit Utah, and more than half travel on tour buses, said Vicki Varela, managing director of Utah Office of Tourism.