You can get paid $1,300 if you watch 13 Stephen King movies by Halloween 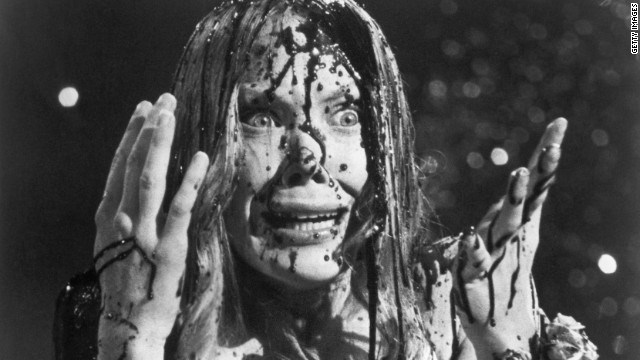 Much like his character It, Stephen King fever has roared back to life after a period of dormancy. But as remakes of the author's most popular works flood theaters and streaming services, it's increasingly difficult to discern casual viewers from devotees.

USDish has a competition for fans to prove their loyalty to the horror maven, and this one doesn't involve a blood oath: One winner will watch 13 adaptations of his spookiest stories, and for their bravery, they'll earn $1,300.

Can't decide between the 40-plus films of King's work? Dish chose for you: You'll watch lauded classics like "Carrie" and "The Shining" to truly harrowing adaptations like "The Mist" and "Pet Sematary" and deeper cuts like "Thinner" and "Dreamcatcher."

But the coin won't come easy. You'll need to fill out an application complete with a 200-word statement about why you deserve the job. If you're chosen, you'll need to record the number of scares that make you jump, your heart rate during the blood-chilling bits and the amount of sleep you get (if you're able to).

The winner (or Loser, if you hail from Derry) gets all 13 flicks for free, plus a FitBit to track heart rate and movie-watching essentials like popcorn, candy and a blanket to hide under.

And when the frights are over and the goosebumps subside, you'll collect your check. You'll just have to clean up the tossed popcorn afterward.

The application closes October 15, just a little over two weeks until the spookiest day of the year (and your deadline, if you're chosen).

Here are the movies: