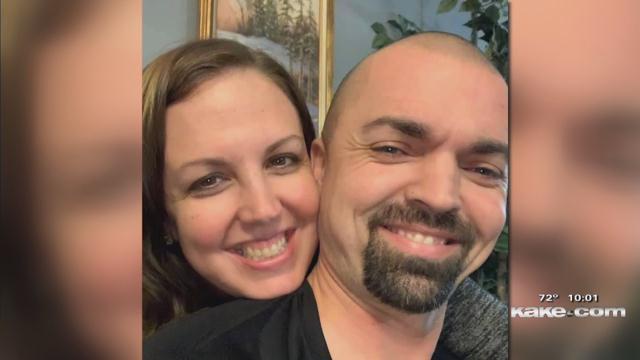 "It's always been a wait and see what happens since we've been here for the last 30 days," says Wichita police officer, Casey Richwine.

Day and night, Casey Richwine has been by his wife, Erin's side. In early August, the Wichita police officer and his wife were riding on a motorcycle when a deer ran out in front of them. Weeks later, Erin still hasn't fully recovered, and she still has a long road ahead of her.

Her doctors say it's time to move her to the Madonna Rehabilitation Hospital in Nebraska.

If it were up to her doctors, Erin would already be at Madonna, but Aetna, the couple's insurance company is denying the hospital's claims to get Erin the help doctors say she needs.

"I'm trying to advocate for her because she can't do it for herself right now," says Richwine.

Earlier this year, Aetna settled a lawsuit in which an Aetna medical director said under oath that he never looked at a patient's records when deciding to approve or deny coverage.

"It's alarming but not surprising. I'm hoping that's not what's happening in this case, but I have an unfortunate fear that that's what's happened," says Richwine.

Aetna claims that Erin does not meet the criteria necessary to approve care at Madonna. Now, Casey and Erin's medical team are trying to fight the denial through an appeals process.

"They want us to put her in a nursing home and no nursing home around here is going to be able to handle the needs that she has," says Richwine.

Casey Richwine did give permission to Aetna to talk with us about his wife's case, but as of today, Aetna will only say it's looking into the matter. Casey has also filed complaints with the State Insurance Commissioner.