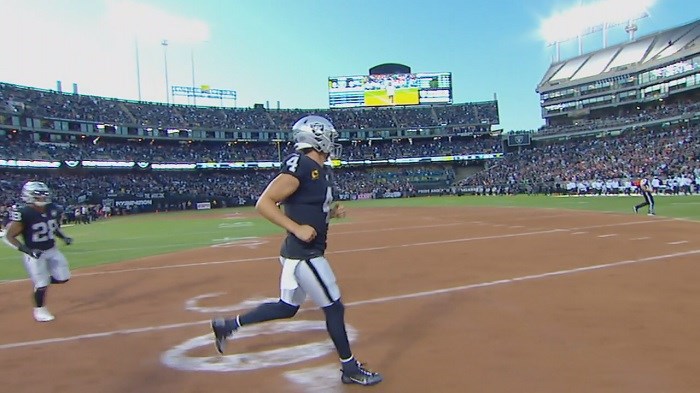 When the Chiefs travel to Oakland this weekend, it will be the final football game on the Coliseum's baseball diamond.

After next week, the Raiders are on the road until November 3rd. By then, the Oakland A's year will be over, and the stadium will put grass over the dirt infield. Next year the team is moving to Las Vegas, so that will be the end of the multipurpose field for the Raiders.

Chiefs head coach Andy Reid sure is going to miss playing in Oakland.

"It's a unique stadium. It has a little nostalgia to it. It's still baseball season, we'll be playing on the dirt, which doesn't happen in this league anymore. That part will be kind of neat," said Reid. "Since I've been here, and over time, I know it's that way - but since I've been here, we've had some great battles out there. I wouldn't expect anything different this time."

"I mean it's going to be an awesome atmosphere, you know that, especially with the rivalry and the history the Chiefs and Raiders have," said Chiefs quarterback Patrick Mahomes. "It's going to be cool to go out and play on the exact field my dad played on at one point. It will be cool to have that experience and hopefully come out with a win."