Kansas man dies after attempting U-turn in front of semi 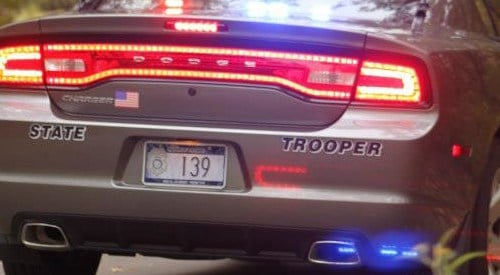 Authorities say a 46-year-old man has died after a semi struck his vehicle as he was attempting to make a U-turn.

The crash happened at around 1:45 p.m. Tuesday on Highway 400 southeast of Fredonia. The Kansas Highway Patrol says David Rasmussen Jr. was heading east when he pulled his pickup to the right of the road and tried to make a U-turn.

An eastbound semi then collided with the driver's side of Rasmussen's vehicle. He was transported to a local hospital where he was pronounced dead.

The 50-year-old driver of the semi was not hurt.

The patrol's online crash log states Rasmussen, of Fredonia, was not wearing a seat belt.