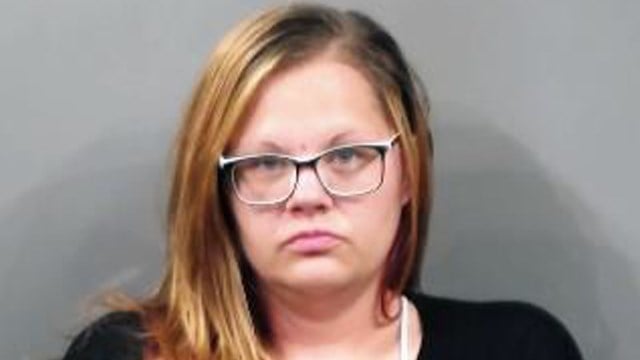 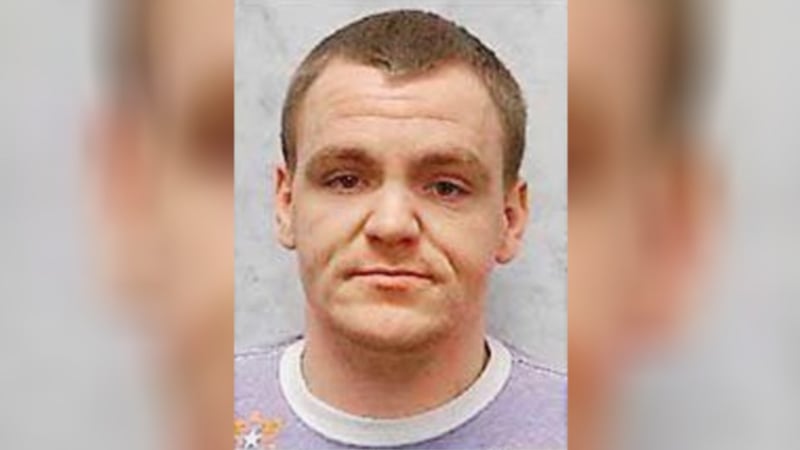 Wichita police say two men remain hospitalized and a woman is in custody after a shooting and manhunt that began when the driver of a stolen Jeep tried to run over an officer.

It all began when officers responded at around 10:30 a.m. Tuesday to check for the stolen vehicle. It was reported stolen earlier that morning in the 14000 block of West Murdock, and the owner had followed it to the McDonald's near 21st and Amidon.

Officers located the white Jeep in the McDonald's drive-thru and attempted to take the three occupants into custody.

Police spokesperson Paul Cruz said the driver accelerated and tried to run over an officer. The officer fired his handgun multiple times, and police later found out that the two men inside suffered gunshot wounds.

The Jeep continued around the building and crashed into a white Buick Century, causing minor injuries to the 72-year-old woman driving it. 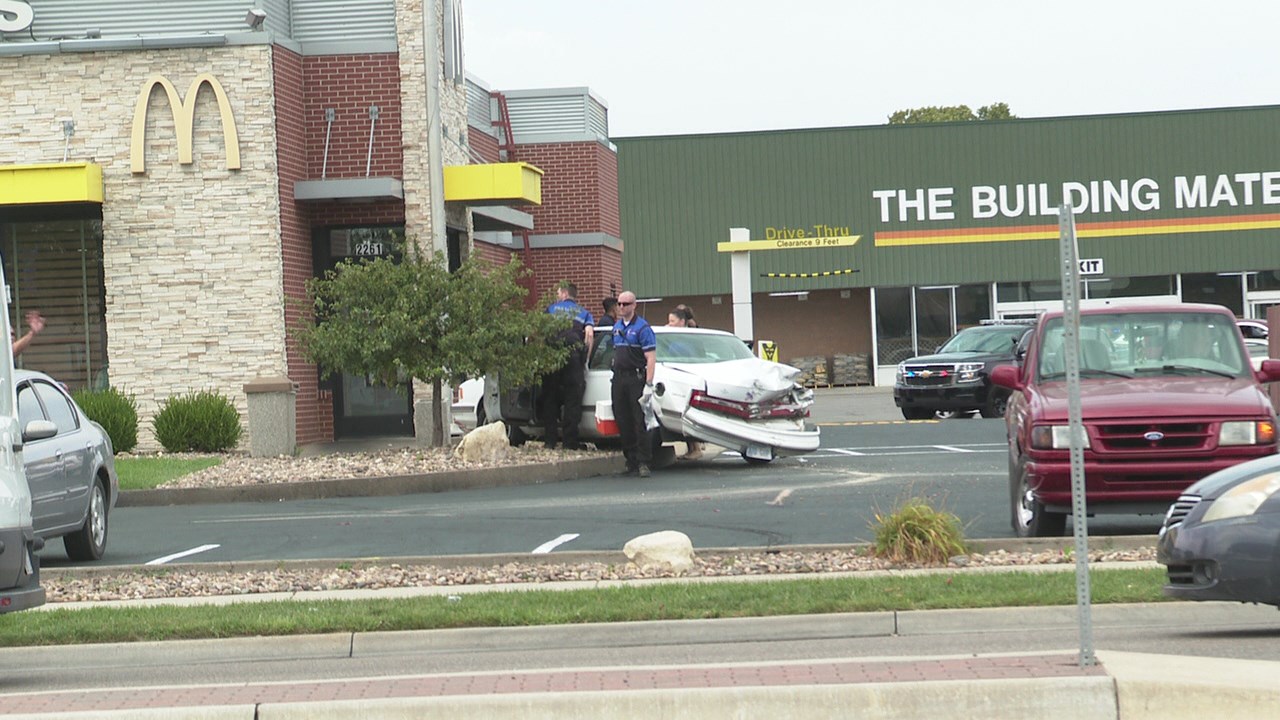 The suspects continued northbound on Amidon and into a neighborhood where it struck a parked vehicle, a utility pole and a tree in the 3000 block of North Halstead.

"It was at that time that three suspects ran from the vehicle:  one female and two male suspects," Officer Cruz said Tuesday. 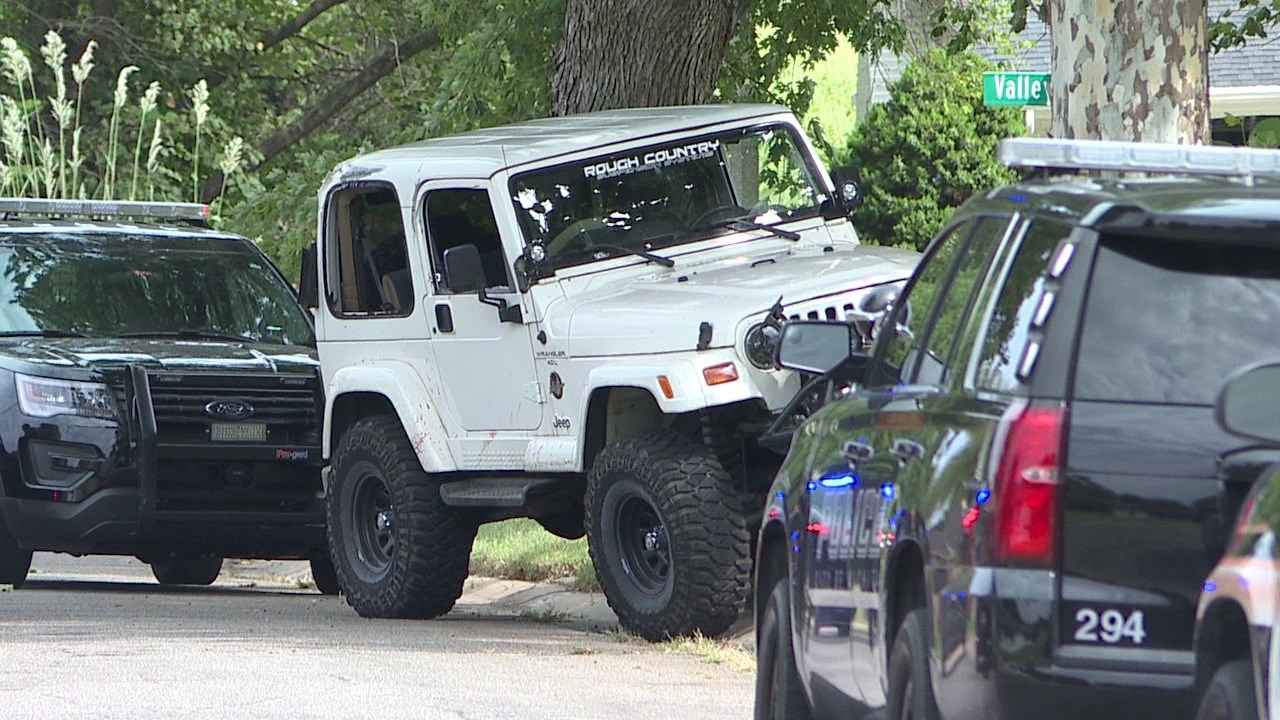 A 30-year-old passenger, identified as Daphne Hays, was taken into custody while the other two suspects fled. She was booked into jail for fugitive from justice and obstruction. 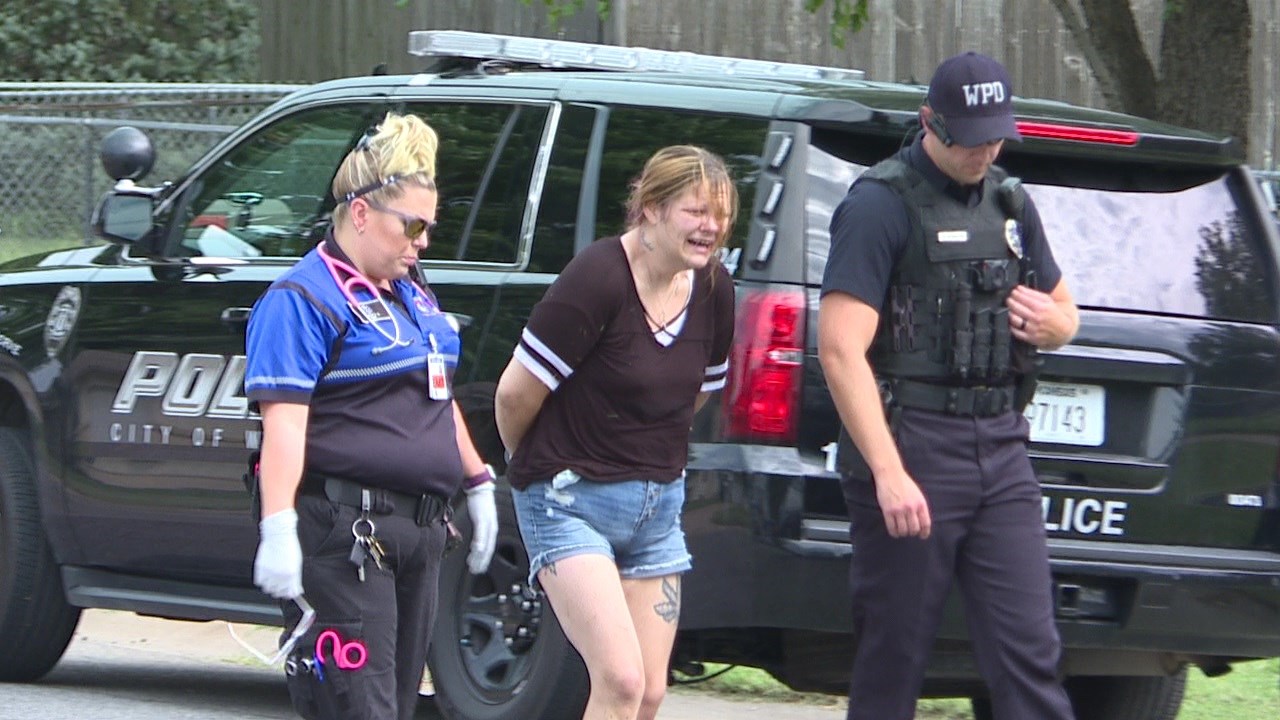 Cruz said one of the male suspects, identified as 30-year-old Zachary Ausdemore, ran to the 2400 block of West Stauffer where he then carjacked an elderly couple.

Sedgwick County deputies located the carjacked Honda CR-V at I-235 and 25th Street. A chase ensued and ended in a field at K-42 and 167th Street.

Cruz said Ausdemore was taken into custody without incident and was found to have a gunshot wound to his arm.

Sheriff Jeff Easter said deputies did not fire shots during the chase, but he did authorize deadly force.

"When individuals place other citizens or ourselves in complete and obvious bodily harm, which he did on several occasions," Easter said. "At that point I authorized deadly force because that person needed to be stopped."

There’s a car in the middle of a field near K-42 and 55th. This was a chase related to the incident in Wichita. Waiting on more info from Sheriff #KAKENews pic.twitter.com/88hqmyVRxd

KHP is now flying their plane over the 29th and Halstead area as they search for a suspect who’s car chase ended there. pic.twitter.com/ChVaTBzClX

The second male suspect, a 27-year-old, was taken into custody Tuesday afternoon east of 29th and Meridian. He is being treated for a gunshot wound to the leg. 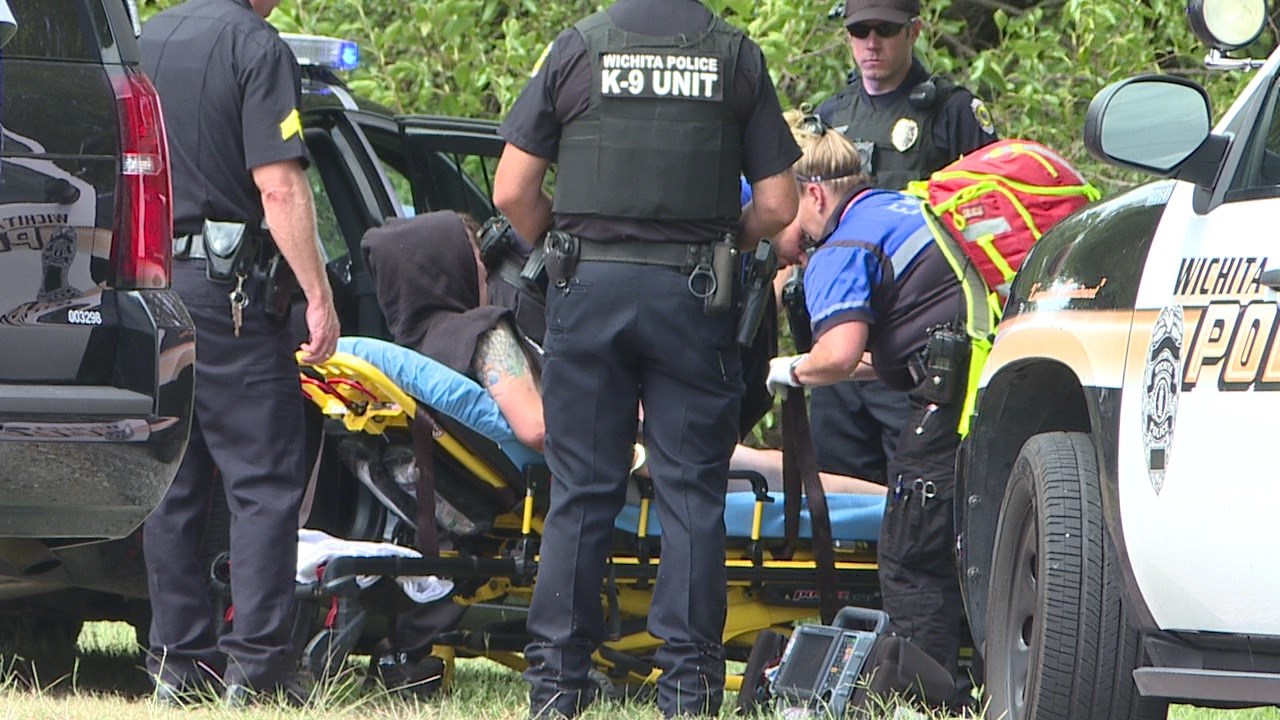 The two men have not been identified.

Four Wichita schools and Campus High School were placed on lockout during the ordeal.

The officer who fired his weapon was not hurt and is on paid administrative leave, per department policy. He's been with the department for a year and eight months.