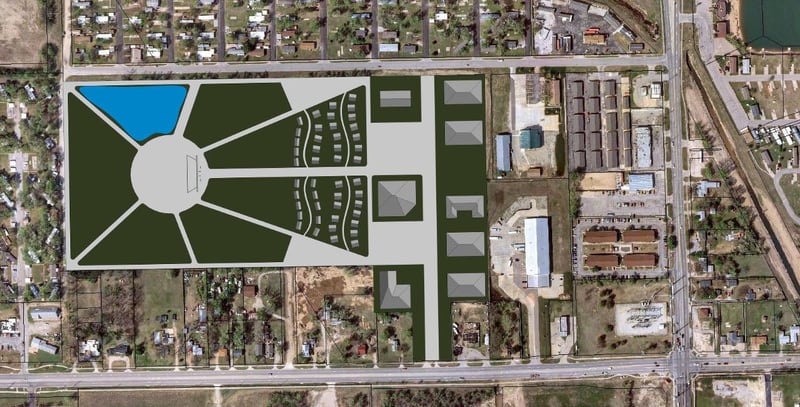 A group that works to help homeless veterans with shelter and supplies hopes to build one of the largest neighborhoods for those veterans.

Passageways is asking for a City zone change which would allow them to build a Homeless Veteran Neighborhood. They’re applying to create cluster of housing and other services in an area near I-235 and Seneca.

Part of the development would be homes for veterans, their families and service dogs. Other areas would have on-site VA support, along with Catholic Charities and other medical services. Blueprints also call for a veteran’s memorial and storage facility for furniture and other large items Passageways stores to give to veterans.

“This is not just a place to come and live, it’s a place to really get their lives back,” Jennifer Garrison said. “It is so important for us to remember each and everyone who serves. And we really want to make this spectacular.”

Donations have already been made for thirty of the homes required. Other organizations have offered financial support as well. To buy the land, Passageways also plans on holding fundraising costs for any other money that is needed.

The Machinist’s Union which has it’s facility nearby did have questions about specifics of the plan. Specifically, about side-road construction that would be needed, along with concerns about increased traffic flow and sewer access. But it’s spokeswoman also said the idea was a good one and they wanted it to still proceed.

“We are very supportive of the concept but we have legal liabilities,” Pat Datlehman said. “We have concerns about expenses, putting the infrastructure in.”

The idea now goes before the Metropolitan Planning Commission later this month.