Future plans for Naftzger Park up for discussion 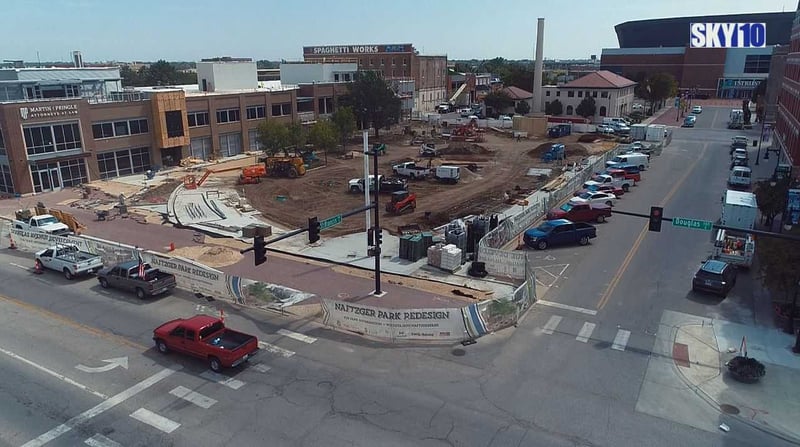 A decision about the future development of Naftzger Park will be brought before Wichita City Council Tuesday.

The council approved the rebuilding of the park in 2018, but questions still remain surrounding the developments to be added.

Council members will be considering a lease agreement to turn 1,500 square feet of public park space into fenced-in dining areas.

If approved, businesses including a restaurant, dessert shop, and dog groomers will occupy a strip on the eastern edge of the park.

Some in Wichita are concerned that leasing options were never discussed before a 10-year agreement between the city and the developer was drafted.

"I understand the concept, but being in downtown Wichita I get a little uneasy about privatizing of any kind of property", said Wichita resident Kwesi Robertson, "I've lived in bigger cities where slowly but surely downtown changed, and I want to make sure we're changing for the community and not for the businesses."

It's not an issue council members are taking lightly, calling for more discussion and a detailed map of the project.

The proposal includes a fenced area so the dining areas are in line with Kansas alcohol laws, but some are worried that having a fence-off area in a public place will limit public access.

"I feel like it's a little bit more of a public property thing, it's more of getting a community at large to have a place to go," said Robertson.

Although it's a hot topic for some, others see potential benefits.

"The park belongs to everybody, and a lot of people go to the park with their families."

Javier Trevizo said he sees both sides, but sees the potential in the developments.