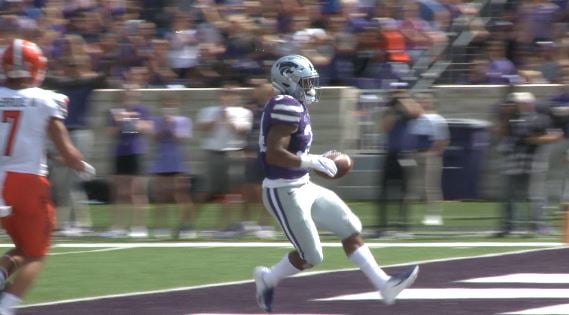 For the second straight week the K-State offense posted more than 500 total yards of offense.

The Wildcats spread the wealth among their deep backfield as four different running backs found the end zone during K-State's 52-0 win over Bowling Green.

Malik Knowles led the 'Cats receivers with 5 catches for 99 yards and two touchdowns.

They held the Falcons to 140 total yards of offense and did not allow a third down conversion.

K-State goes on the road for the first time in 2019 next Saturday when they travel to Mississippi State.