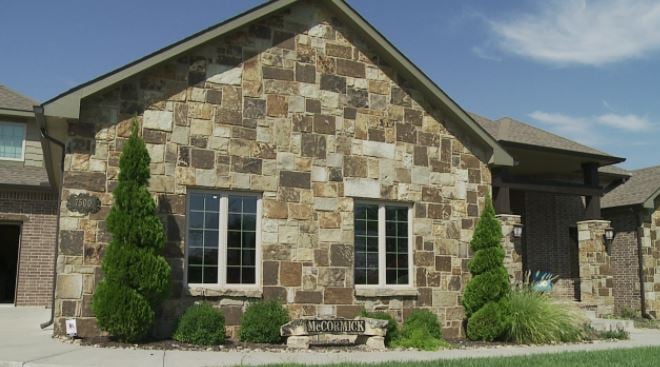 Kim McCormick and her family live on a quiet street in Maize. They say they've never worried about their safety until Wednesday.

Early Wednesday morning, the McCormick's garage door was opened but not by anyone in the family because they were all inside fast asleep.

Police believe a man got into an unlocked car outside and then used a garage door opener he found in the car to get inside. Luckily, the burglar didn't make it past the garage.

"We know that these types of crimes can quickly become violent if the intruder is met with someone inside that may be armed," says Maize PD Detective, Jeff Piper.

It wasn't until hours later that the family realized what had happened.

Kyle McCormick says it was a call from his bank that tipped him off.

"He starts running up the steps, going outside to his car to find his backpack, and it's gone. His wallet's gone, his books, his credit cards, everything," says Kim.

Maize Police say these types of crimes go up in the summer. The good news for homeowners is that protecting yourself is easy.

"Set an alarm. Set a reminder on your iPhone to take that time about 9 o'clock at night to go around and make sure everything is secure," says Piper.

The McCormick's say they're grateful no one was hurt, but they still feel violated.

"I just wish that he could understand what he actually took from us," says Kim.

If you recognize the man in the video or you have any information, call Maize police or Crimestoppers at 267-2111.