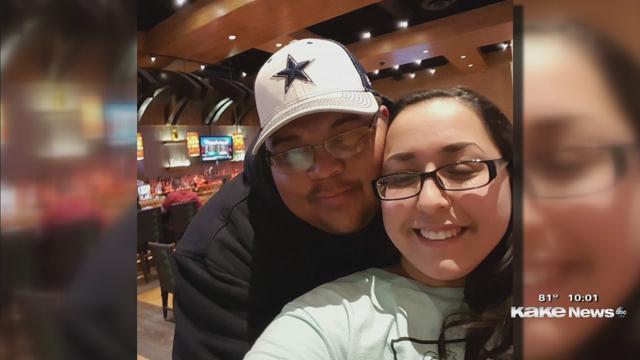 The suit comes just one day after Walmart announced it will ask customers to not openly carry in stores and that it will stop selling certain ammunition.

The two were both shot at an El Paso Walmart and are still recovering. They are the first to file a lawsuit against the retailer.

In the lawsuit, the couple claims Walmart did not have enough security in place to prevent an attack from happening. The family says the store had an obligation to

"provide security to patrol and monitor the entrances and common areas of the store, but failed to do so."

It goes on to say, the couple's injuries

"would not have occurred but for the negligence, gross negligence and premises liability of the Walmart respondents."

In August, KAKE News spoke to Jessica's mother. who lives in Salina, by phone. She says her family is now traumatized.

"You never would think that you would have to go through this, and I don't wish this on anyone," says Norma Coca.

The family declined to comment on the lawsuit because it is now an active case. The suit doesn't indicate whether the family seeks monetary damages, but it is requesting a restraining order requiring Walmart, which has begun renovating the store, to preserve evidence from the shooting.

Walmart's spokesperson, Randy Hargrove, says the company will respond to the complaint once they are served documents. He says,

"We preserved what information we have, and we've worked meticulously with federal and local authorities as they documented everything that took place on August 3."