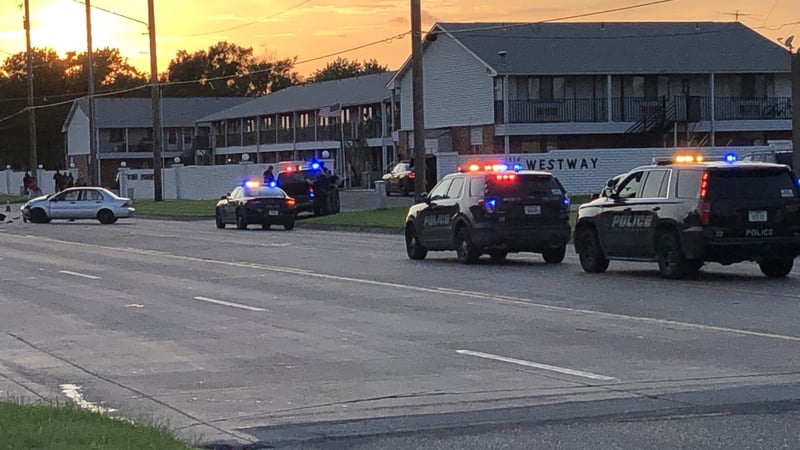 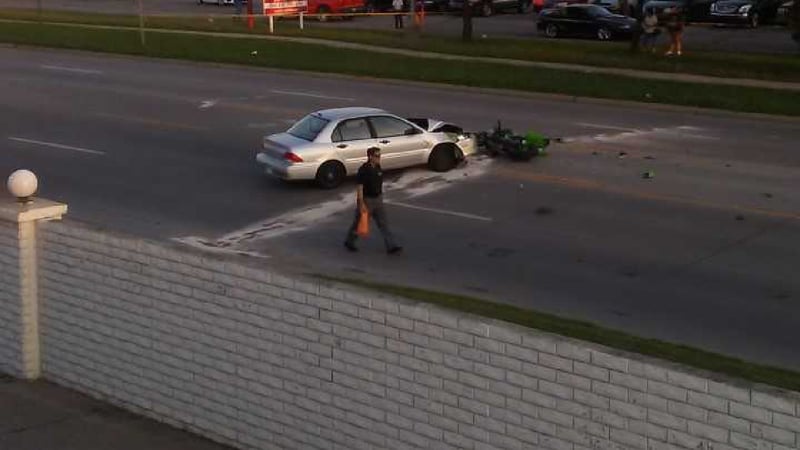 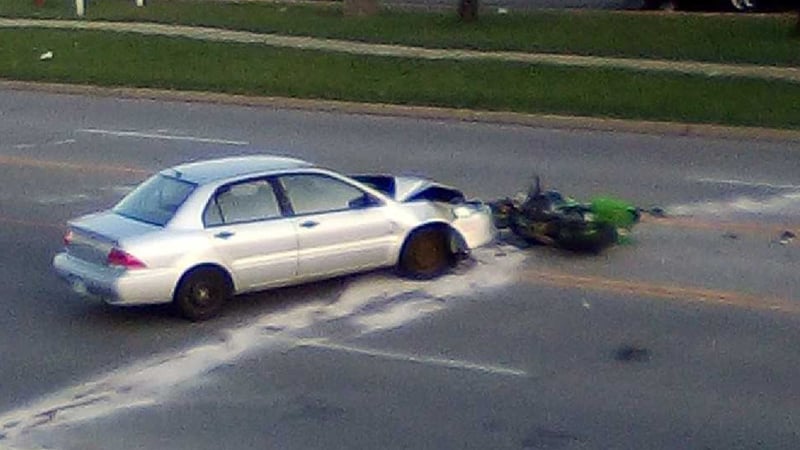 Wichita police say a man who died in a motorcycle crash late last week was driving at a high rate of speed.

Emergency crews responded just before 7 p.m. Friday to an injury accident near Pawnee and Seneca. They arrived to find 22-year-old David Nguyen with critical injuries. He died at the scene.

Officer Charley Davidson said the investigation revealed Nguyen was driving west on Pawnee at a high rate of speed when his motorcycle collided with a car that had turned out of a private drive to head eastbound. Nguyen, who wasn't wearing a helmet. was ejected.

The 45-year-old driver of the car was not hurt.

Friday's crash was Wichita 19th fatality accident of 2019 and the third involving a motorcycle.

A motorcycle accident in southwest Wichita has left one person dead.

It happened just before 7 p.m. on Friday. Emergency crews responded to a vehicle accident involving a car and a motorcycle near Pawnee and Seneca.

Police say a 22-year-old man was riding his motorcycle westbound on Pawnee when a vehicle pulled out of a parking lot and struck him. The man was pronounced dead on scene. No other injuries were reported.

No other information was provided.