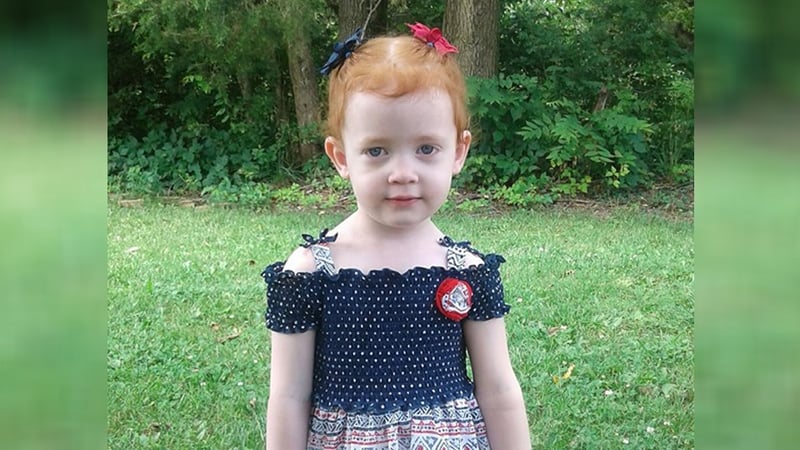 Authorities say the body of a 3-year-old girl has been found in a pond more than 12 hours after she disappeared.

The Missouri State Highway Patrol confirmed to KTTS the the girl body was discovered in a pond near her home just after 7 a.m. Wednesday. She was last seen at around 6 p.m. Tuesday.

Additional information was not immediately available.

Hundreds of volunteers have swarmed a small south-central Missouri town help in the search for a missing toddler.

Authorities have been searching for 3-year-old girl named Vivian, who was last seen at around 6 p.m. Tuesday near 13th Street and Oakview Lane in Mountain Grove.

The town's fire department said she was last seen wearing an Old Navy shirt and blue jeans. She has bright red hair.

More than 200 volunteers responded to help and are combing the area along with specialized search dogs hoping to find Vivian, KMBC reports.

Additional information has not been released.

Mountain Grove Fire Dept.
Check out these photos from across KAKEland snapped by our viewers, staff and local officials. Do you have pictures to share with us? Email them to news@kake.com.