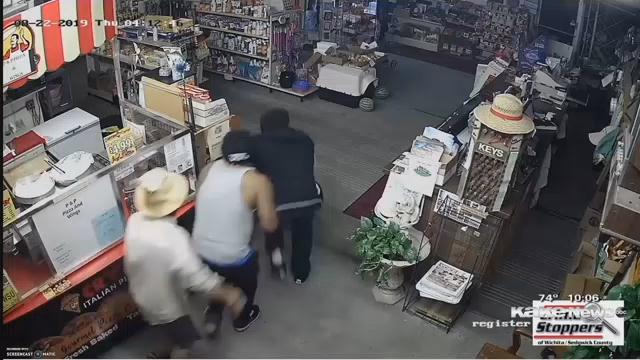 Surveillance video shows how the efforts three robbers took not to be caught on camera – didn’t go well.

Suspects broke into P&P Bait on East 21st street early Thursday morning. They tried to steal the ATM but there was one problem: it was bolted to the floor.

“They didn’t realize that the ATM is bolted down,” said Paul White, the store’s owner. “It’s not just sitting there saying, hey come get me.”

White has owned the shop for more than thirty years and says he’s been broken into five times. But he said this case was the most bizarre.

“Most of the time when you get broken into, it’s somebody that’s your customer, that’s been in the store before and case you out,” White said. “It was strange that they didn’t take anything else after going through all of that trouble to get in here because it’s not easy to get in that door that they come in.”

Police are looking for the suspects but because they were wearing masks, cameras didn’t capture their faces. Thought it did capture on of them pulling up his pants while running away.

White admits he and many others found part of the video funny, but for small business owners, these break-ins hurt a lot.