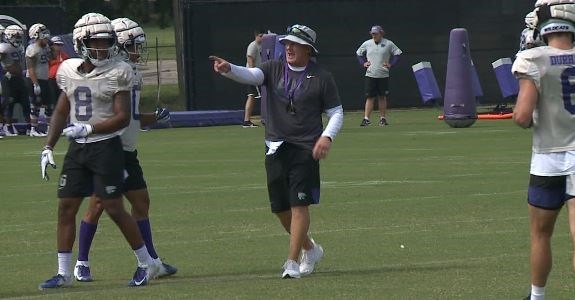 Chris Klieman spent 5 seasons as the head coach at North Dakota State, a FCS powerhouse where he won 4 national championships.

During his time in Fargo, the Bison pulled off upsets over Iowa and Iowa State.

This year the roles have been reversed. Klieman is now running a power 5 program whose hosting Nicholls, a FCS opponent with upset on the brain.

This is the same Nicholls program who came into Lawrence last year and knocked off Kansas and they're going for a Sunflower State sweep on Saturday.

Klieman stated the perception of FCS programs as inferior to Power 5 programs are dead wrong.