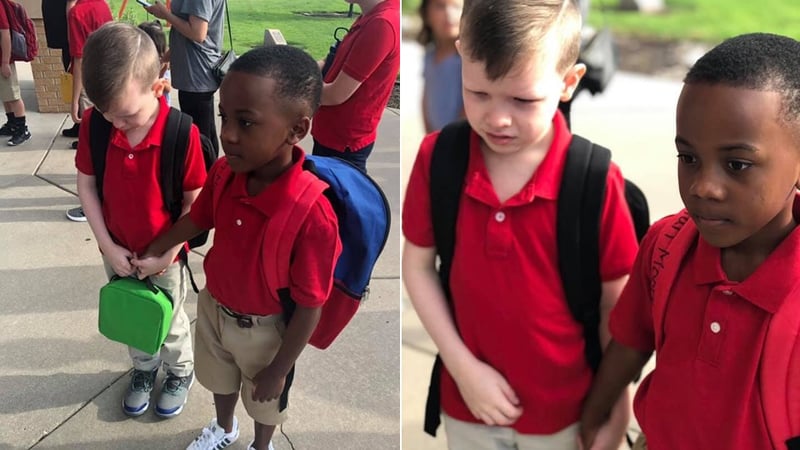 A first day of school picture is going viral, in a really good way.

"I saw him on the ground with Connor as Connor was crying in the corner and he was consoling him. He grabs his hand and walks him to the front door. We waited until the bell rang and he walked him inside of the school. The rest is history. They have an inseparable bond," says Courtney Moore.

What Christian didn't know that day...is that Connor is autistic. He was overwhelmed with everything going on around him at Minneha Elementary School.

It was a moment in time, caught... now capturing the hearts of strangers all over.  But to the boys, it was simple.

"He was kind to me.  It was in the 1st day of school and I started crying then he helped me and I was happy," says Connor Crites.

Christian didn't see Connor as different...a message their moms, and many others, are taking from this.

No words spoken, just a quick gesture...turned this little boy's whole day around.

"One act of kindness can change someone's life, can change the world. That's all it takes."

They say, it's really as simple as this...