When gunshots rang out at an El Paso Walmart, Gilbert Serna yelled for everyone to follow him.

He said he led nearly 100 people out the back of the store to safety before returning to the parking lot to help others.

"I was scared, I'm not going to lie, but I wasn't thinking about my own safety. I was thinking about everybody else's safety," Serna told CNN on Monday.

The father of two has worked at this Walmart store for almost 19 years. He was standing near the back of the store on Saturday when he heard a "code brown" announced over the two-way radio. It took him a moment to register what that meant — active shooter. 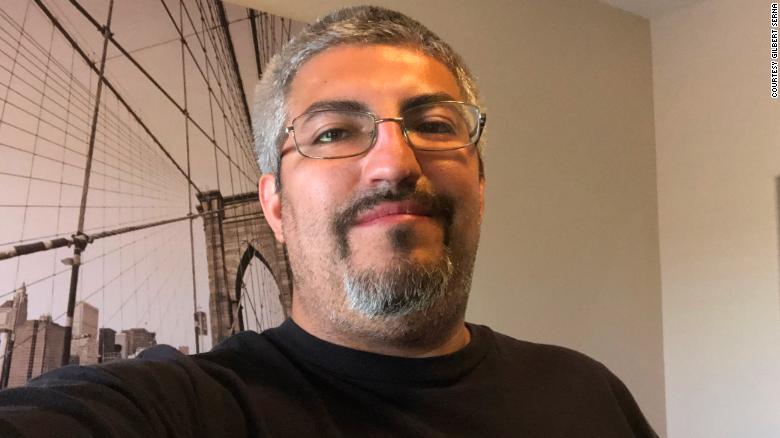 The 36-year-old immediately signaled for customers and co-workers to follow him to the back room of the store. Through that room, Serna located the fire exit and led the large group out of the building.

"We were out in the open." Serna said. "I opened the shipping containers and told everyone to get in."

Walmart confirmed Serna is an employee and a spokesman said they were aware of his heroic act.

Instead of joining them safely inside the containers, Serna closed the door and went to check on more people who needed to escape.

That is when it hit Serna — this is not a not a domestic dispute, it was a mass shooting.

He walked along the side of the building and immediately noticed others standing out in the parking lot, including 6 or so members of a girls' soccer team who were fundraising in front of the Walmart.

Serna led them into Sam's Club next door and told them to wait for police.

While Serna was leading people to safety at the back of the store, another person stepped in to help others. Serna didn't know it at the time, but a regular customer he recognizes was helping people elsewhere in the store. 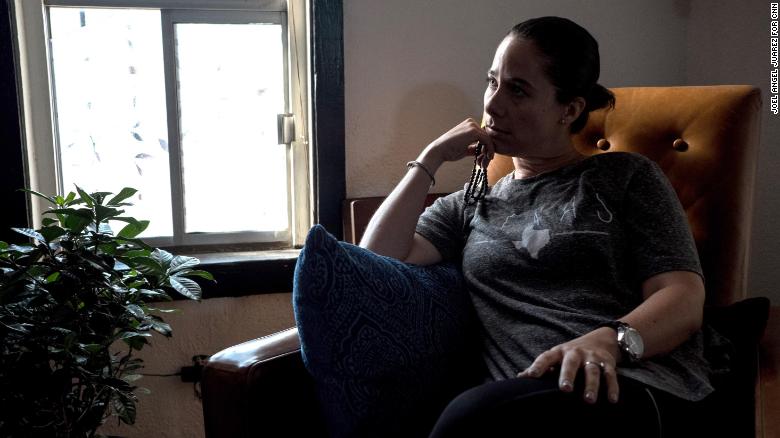 (Adria Gonzalez, of El Paso, grips a rosary as she poses for a portrait inside her brother's home.)

After hearing three gunshots and seeing at least five people bleeding on the floor, Adria Gonzalez pulled her mother by her blouse and made it to a storage area at the Walmart.

Gonzalez and her mother were shopping for their groceries and for a few school supplies they were planning to donate this week. They were walking by the meat counter when the shooting began, she said.

The assistant teacher took off her pink hat and started waving it at people nearby, signaling a way out for those in the store, Gonzalez told CNN on Saturday.

About 40 people followed her to the storage area near the meat counter, where they waited in silence. They waited until they could no longer hear any gunshots.

Minutes later, the gunshots stopped. The group ran as they exited the building.

Walmart employees were there trying to help people escape and picking people up in their cars, Gonzalez said.

"You see this happening in the movies, but when you live it yourself, when you see a person killing, the blood everywhere," Gonzalez said. "You are in shock."

Their car is still in the Walmart parking lot, the area blocked by police. The pair got a ride to safety. Gonzalez couldn't even think about getting her Jeep from the parking lot. She just wanted to escape. Two days after the shooting, thoughts of what she saw and heard remain vivid in her mind.

The shock in the faces of older women she helped, the children she saw carrying crayons and notebooks just about 10 minutes before the gunfire broke.

And how she stepped up to see what was happening after hearing gunshots to then see the shooter near the main entrance of the store, she said.

A grade-school aged boy was shot in the leg near the entrance, a man bled on the floor and another man was covered in blood trying to reach a child who was nearby, she said.

Gonzalez said she can remember seeing the boy being shot and she wonders how he is. She remembers the face of the woman she tried to help escape without success -- she hopes and wishes she made it out safe, she said.