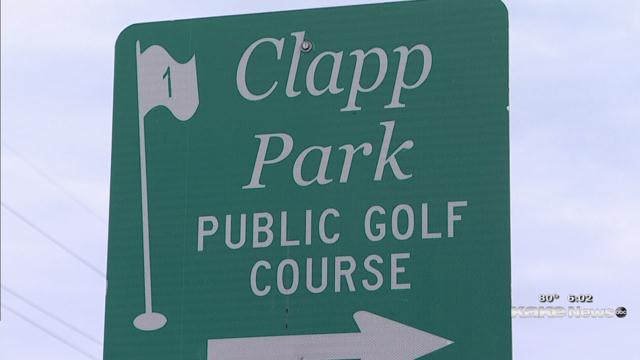 The L.W. Clapp golf course is closing for good Friday, after which the course grounds will become a public park.

The City of Wichita hosted a final sendoff event for the course Friday afternoon. More than 140 golfers participated in a "shotgun-style" golf tournament, with players beginning on each hole and rotating to the next.

"It's sad," said Ryan Decker, who has been golfing at Clapp since high school. "I had some good memories with high school buddies here. We had a lot of fun out here, and it's a good course. I enjoy it."

The city voted to close the L.W. Clapp course because, the city says, Clapp has cost taxpayers hundreds of thousands of dollars since 2013.

"There's a significant amount of infrastructure repairs that need to be done, to the tune of 7 million dollars," said Wichita City Golf Manager Troy Hendricks. He said the city hosts about half the rounds of golf it has the capacity for, and Clapp was under performing. "When we start looking at it, it just doesn't make sense to keep it open."

The city is looking at several proposals to change the golf course land into a "destination park," with attractions like an event venue and kayak rentals.

"I think it's going to be a great benefit for the community as a whole once we get the park put in," Hendricks said.

Around 20 protesters gathered at the course Friday afternoon disagreed.

"If we close this course, it will only aid in the decline of this neighborhood, and that is what is really alarming," said Cindy Renard, an advocate for the L.W. Clapp course. Those opposed to the closing say they know the chances of the course re-opening are slim.

"But, we're not going down without a fight," said Jim Ward, State Representative for Kansas's 86th District. "Because, this is important. And here's the other message. For other parts of Wichita. They can do it to our neighborhood. They could be in your neighborhood next."

Golfers at the course Friday said they'll miss Clapp, but they know they have other options in Wichita.

"It's too bad, you know, hate to see it go," said Ty Houseman, who has been golfing at Clapp for 18 years. "It's a fun course to play. It's challenging, but there are other courses to play. So, we'll be alright."