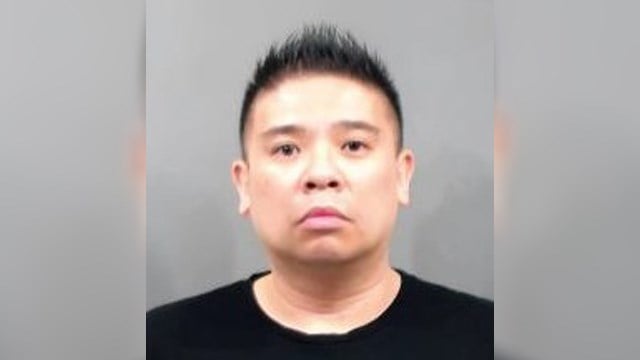 A registered child sex offender in Wichita has been charged with aggravated human trafficking following his arrest last week.

The Sedgwick County district attorney's office says 38-year-old Long Van was charged Thursday and has been released on bond. His preliminary hearing was scheduled for August 15.

Van was arrested last Tuesday during an ongoing Wichita Police Department investigation into human trafficking. An arrest report indicates the victim is under the age of 18.

Van is currently on Community Corrections for a conviction of commercial sexual exploitation of a child.

A 38-year-old convicted child sex offender has been arrested during an investigation into sex trafficking in Wichita.

Officer Charley Davidson with the Wichita Police Department says that during an ongoing investigation, "investigators obtained probable cause to believe he was involved in sex trafficking." He said evidence led to Van's arrest.

A booking report shows Van was arrested in the 500 block of East Central. The report indicates the victim is under the age of 18.

Police have not released additional information about the alleged crime.

According to Kansas Department of Corrections records, Van is currently on Community Corrections for a conviction of commercial sexual exploitation of a child. The crime happened in March of 2017, and he was sentenced last December.

Anyone with information about illegal sexual relation operations or anyone concerned about juveniles coerced into this activity can call 911 or the National Human Trafficking Hotline at 1-888-373-7888.