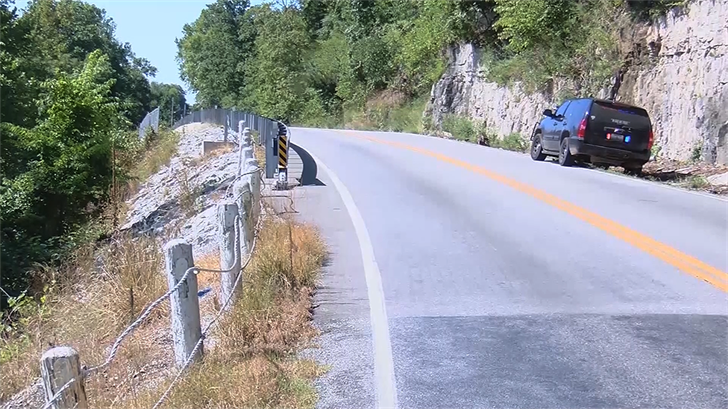 Police in Missouri have launched a homicide investigation after a woman's body was found along the side of a road.

A bicyclist discovered the body on Monday, the McDonald County Sheriff's Office said in a news release. Police believe the woman's body was put into a suitcase and then dumped on a steep hillside.

An initial autopsy performed Tuesday shows no obvious cause of death and no trauma to the woman's body, McDonald County Coroner William Goodwin III said Wednesday.

"As far as the initial autopsy, it didn't show anything at all. We're kind of puzzled," he said. The coroner said DNA and toxicology testing would be done, but fingerprints couldn't be retrieved from the body because the top layer of skin had deteriorated.

The body was "no older than 40," but investigators do not have any additional information concerning the possible identity of the woman.

"It's hard to tell how long the body had been out there. With the heat and humidity we've had, that has a drastic effect on the decomposition of a body. It can be very rapid," said Goodwin.

Anyone with information is encouraged to contact the McDonald County Sheriff's Office's dispatch center at 417-223-4318 and ask for an investigator.